An illegal drugs laboratory discovered on a farm in a small village in Noord-Brabant on Thursday morning is one of country’s largest busts, reports the Telegraaf. The paper, which dubbed the factory ‘Breaking Bad in Leende’, described a shed full of thousands of gallons of chemicals which could produce 100 kilos of speed and 150 kilos of ecstasy a day – with a street value of tens of millions.

Local broadcaster Omroep Brabant said the factory was discovered after a police raid to investigate suspected cannabis cultivation – something that is currently illegal. Police spokesman Rob de Vrij said the lab they discovered instead was one of the largest and most professional operations he had seen in two decades of drug enforcement, citing the careful construction, well-laid electricity lines and good ventilation.

Still, he told the broadcaster, a carnival float maker nearby was still at great risk due to the flammable materials held there. A father, mother and son who live at the farm are being held in custody. 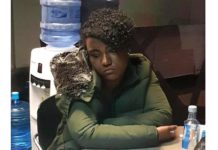