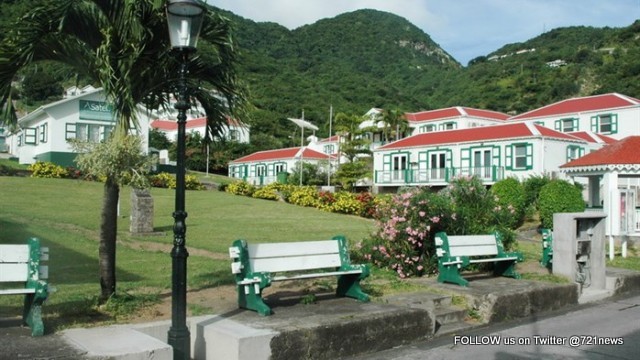 SABA–Saba’s Island Council on Thursday, November 12, approved the multi annual draft budget 2021-2024 with a deficit of over US $1.3 million. This is the first time since attaining public entity status in 2010 that Saba has presented a budget with a deficit, the lack of structural funding by the Dutch Government being mostly the reason.

The total draft budget is a little over US $12.9 million, which is a mere US $574,000 higher than the 2020 budget. The free allowance is about US $10.2 million. With such a limited budget only the most urgent needs have been included in this year’s draft budget, explained Finance Commissioner Bruce Zagers during a Central Committee meeting of the Island Council on Wednesday, November 11.

“This draft budget can be seen only as an operational budget which will essentially ensure that salaries get paid and that we can keep offices open while services offered to the public continue without the ability to offer significant improvements,” stated Zagers, who noted that year after year Saba has sounded the alarm about the government finances and having to approve budgets that barely covered government’s legal obligations.

Best in the class

“This is the first year where we have reached that point where the Saba Government can no longer balance the budget. Saba, the island which has been labelled by the Netherlands as the best in the class and where we have seen growth beyond expectations in financial management, is now in a position where we can no longer find creative ways to balance the budget. This is an unchartered territory for the public entity,” stated Zagers.

The draft 2021-2024 budget did not receive a positive opinion from Committee for Financial Supervision (CFT) which advised a number of steps to balance the budget. As carrying out these steps would severely hamper Saba’s liquidity position and make the financial situation worse, the Public Entity decided to put the recommendations aside.

The Public Entity has not followed the advice of the CFT. Saba informed the CFT of this fact in a letter dated November 10. Making more cuts was not an option, said Zagers. “For years we have made cuts to balance the budget, and it has been at the expense of our departments, our staff and the services we offer to the public. Making additional cuts will jeopardize needed jobs and disrupt services that are legally required.”

The Commissioner said it was obvious that the Saba Government had reached a point where following the advice from the CFT was basically impossible. He said budget deficit should come as no surprise without substantial changes to the free allowance since 2012. He said that unfortunately, there has been no action by the Netherlands to solve this.

Zagers said that although the public entity’s financial management has remained stable, reports have shown that in order to operate efficiently and effectively, government needs additional structural funding. He advised the Island Council to approve the draft budget with a deficit of US $1.3 million. “By taking this action we will prove that we are not content with how the free allowance for Saba is being handled. We have been pushed into a position over the last years to where we have a reached a point where cuts can no longer be made to balance the budget.”

Island Council Members were harsh in their criticism of how Saba has been treated. Councilman Hemmie van Xanten referred to the tradition of the Southern part of the Netherlands to celebrate the Day of Fools on November 11, the start of the Carnival season. “We feel like fools. We have been told many times that we are doing outstanding, that we are the best kid in the class. How serious are we taken? Are we dressed up like fools or do we make absolutely clear that we want to be recognized as equal partners, to be treated with respect?”

Van Xanten said that the US $1.5 million that State Secretary Raymond Knops signed for during his visit last week was not a gift, but support for Saba. “Do we get a gift again next year, and the year after that, so we have to survive on gifts? That is not how it is supposed to be. We are a professional island which has shown professional bookkeeping. I see this an an insult to our island, our professionalism. It is a slap in the face.”

Lamenting the situation, Councilman Vito Charles said that he had never been a proponent of passing a balanced budget for the sake of passing a balanced budget, and said that today’s move to approve a budget with a deficit should have been made several years ago. “You can only cut so much fat until you reach the bone. We have been passing skeleton budget after skeleton budget. We have been literally the best of the class for so long and with nothing to show for it, does not encourage anyone to do well.”

Charles said cutting salaries and services was unacceptable. “The Netherlands has an obligation towards the Saba people, just as it has for all municipalities in the Netherlands. I hope that by passing this budget with a US $1.3 million deficit, we will make loud and clear to the Netherlands that we cannot cut and that we will not cut.”

Councilwoman Esmeralda Johnson mentioned the numerous efforts to inform The Hague of Saba’s financial woes. “We did a walk out last year November, many letters were sent, we had various talks, and nothing has changed.” She noted that the main problem was the covering of operational costs of a growing organization where incidental financing is provided for structural costs. Due to the scarce resources, policy plans could not be carried out. “It is sad because as an Island Council, we cannot do our job correctly due to the lack of funding from the Netherlands. Hopefully this will change and we will get the actual support that we need.”

Councilman Carl Buncamper said that while he understood that the CFT recommendations might be technically sound, they did however not take into consideration the far-reaching effects that these might have on the island’s budgetary constraints and the impact on the people. He said the Island Council could not comply with the CFT recommendations and instead made a plea to allow a budget deficit. In this regard, the Island Council hoped to count on the CFT’s support in this plea to the Minister of Home Affairs and Kingdom Relations.

Buncamper stated that besides the budget deficit, there were other, even more pressing issues. “Decisions in the short term that will mitigate that the audited year reports for 2020 and future years will not be closed off with a negative balance as was the case with the 2019 annual year report. It is time that the political arena in The Hague does the right thing, and that is to support us to gain a structural financial wellbeing that allows us to manage our tasks and responsibilities in a manner that allows the organization to grow and professionalize.”

Councilman Eviton Heyliger said further budget cuts were impossible as life was already expensive on Saba and people had a hard time making ends meet. He said that sending home people, cutting salaries was unacceptable and would mean having to line up for social welfare, which entails a long, complicated procedure. “People are already having it tough, even more so with the COVID-19 crisis. The struggle is real. Apparently, our walk-out, our many talks and letters just go on deaf ears. We need a structural solution. Come on, enough is enough.” 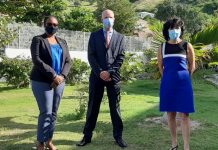 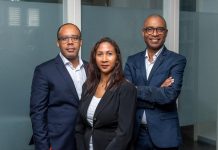