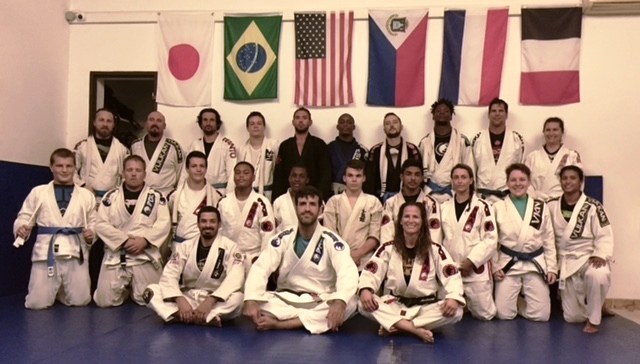 On Thursday, December 8, students from ages 5-16 demonstrated their self-defense skills followed by sparring in front of family and friends. All students received a custom-made medal and certificates of achievement.

The benefit of Brazilian Jiu Jitsu is that it teaches how to use leverage and technique to overcome a much larger and stronger opponent, making it a great self-defense system without the use of punching or kicking.

The belt ranking for children differs from that of adults with extra belts for children (white/grey, grey, grey/black, yellow/white, yellow, yellow/black, plus orange and green). The adult belts are white, blue, purple, brown and black.

On average it takes a minimum of 10 years of intense training to achieve the rank of BJJ black belt, making it one of the most difficult and prestigious martial arts to achieve this rank.