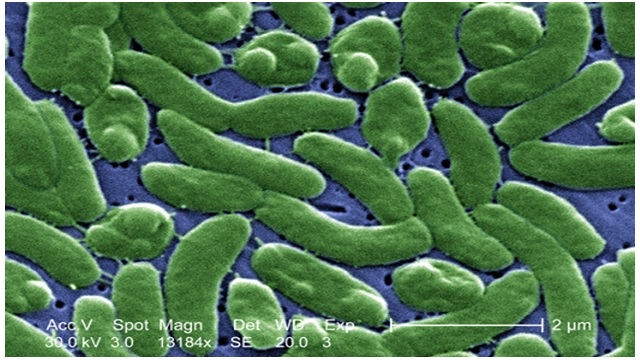 So far, seven people have been infected with Vibrio vulnificus and two have died in the Sunshine State, according to officials.

This is the same bacteria that can infect via raw shellfish. Florida Health Department spokeswoman Mara Burger said in a statement, “Since it is naturally found in warm marine waters, people with open wounds can be exposed to Vibrio vulnificus through direct contact with seawater.”

According to CBS News, when consumed with contaminated food, those infected can suffer from vomiting, diarrhea and abdominal pain. But when entering through an open wound, Vibrio vulnificus can cause infections that could result in skin breakdown and ulcers — the more formal terms for the “flesh-eating” symptoms.

Healthy individuals generally get mild symptoms, but those with weakened immune systems, especially those suffering from chronic liver disease, could experience severe complication. CBS News puts it in stark terms: “The bacterium can invade the bloodstream and cause fever, chills, blistering skin lesions, septic shock, and death.”

The good news is cases of Vibrio vulnificus infections are rare. The Centers for Disease Control and Prevention via CBS News says there were 32 cases reported in Florida last year, with over 85 percent of those between May and October.

And if you catch any shellfish in Florida waters, including oysters, clams, and mussels, they should be cooked thoroughly and eaten immediately. Do not eat them raw.

Antibiotics treat most cases of Vibrio vulnificus, but in the most severe instances, amputation of an infected limb is necessary.

Ad Hoc Committee of Integrity to meet on Thursday

Open letter to the Prosecutor of St. Maarten