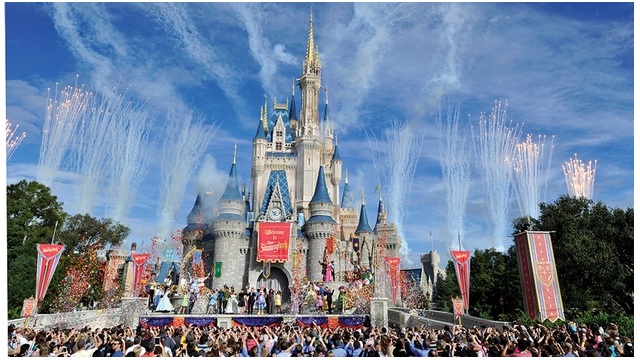 FLORIDA, US — Remember, if something sounds too good to be true, it probably is. That goes for free tickets to Florida’s Walt Disney World Resort. With summer right around the corner, social media scams promising chances to win free trips, which have been around for years, are cropping up across the web.

Currently, a scam is circulating on Facebook that promises a chance to win a free Walt Disney World vacation to any user who likes, shares and comments on a particular post. But as Inquisitr.com points out, “this isn’t really The Disney Company putting on these so-called contests.”

The ultimate goal of this scam and others is to gain access to a user’s personal information. So by sharing the post you’re not only not entering a real contest, but you’re putting your and your friends’ information at risk.

But that doesn’t mean you have remain invisible on Facebook. The key is to do some quick research on the post to make sure it’s coming from the real source rather than a scammer.

Contest rules, correct spelling and punctuation, dates and other company posts are just a few of the things users should double check before clicking the like or share button.

Keeping an eye out for the verified blue check is also an easy way to determine the validity of a promotion on Facebook and Twitter.

“A lot of these sites will have names such as ‘Walt Disney World.’ or ‘WaltDisney-World’ or even ‘Walt Disney Land.’ The Facebook scam pages know they can’t use the actual name, but they will steal some of the profile pics and cover photos from the official pages to make them seem more believable,” states Inquisitr.com.

In some cases the pictures featured in the posts can provide red flags as well.

Despite how little it takes to identify a potential scam, these fake contests have been going on for years. According to Snopes.com, a similar scam involving Disneyland spread via email and social networking sites back in 2012.

Prior to that, scams involving JetBlue and other prominent companies were discovered.