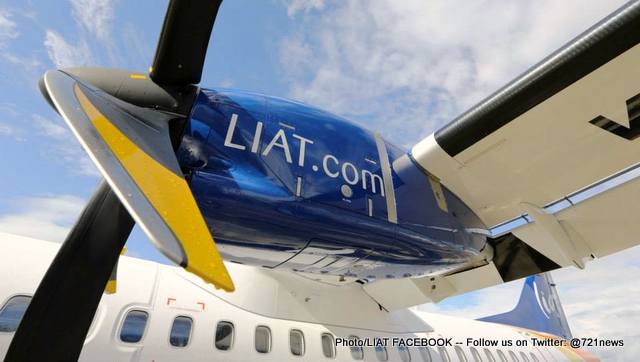 St. JOHN’S, Antigua – The Leeward Islands Airline Pilots Association (LIALPA) unfortunately has no other choice but to call on the Shareholder Governments to remove the current LIAT management.

We reluctantly make this call because we will not stand by and watch the airline’s financial health continue to deteriorate at massive levels, to the point where LIAT can’t even pay salaries on time.

First of all, we want to clear the air and state categorically that a just recent LIAT Press Release referencing “Flight Disruptions Due To Industrial Unrest” has nothing to do with LIALPA and we are not involved at all.

As a matter of fact, we continue to pledge to the Caribbean People that we are currently going above and beyond the call of duty to get the Airline running at Optimal Levels, even to the extent of not having meal breaks and working 11 hour shifts. We have already worked almost an extra week without pay. However, this is not sustainable.

Our concerns relayed to Management over many years about the loss of market share, the insufficient crews and poor scheduling practices, continue to fall on deaf ears. Here are a FEW examples of incompetent management and poor decision making:

 The aircraft fleet has decreased from 18 to 10. Lack of adequate crew.

 The Head of Flight Operations’ incompetence was exposed as he stood idly and did nothing to address the mass departure of 19 experienced pilots, after the airline just spent over $100,000 to train each pilot. Now the attention is on hiring new inexperienced pilots.

 Loss of 10 million dollars in hangar fire due to records not being properly backed up off site;

 Loss of hundreds of thousands of dollars for removing a flight route from Grenada schedule;

 Loss of hundreds of thousands of dollars in routes being taken over by competitors;

 Seeking to hire a high-priced consultant to train the Head of Flight Operations, and to study LIAT’s problems and make recommendations to Management and the Board. The fact is that this consultant is being brought in to do an exercise, which was already half-way completed by several LIALPA members at NO COST to the Airline.

To make matters worse, Management refuses to accept responsibility for the sad state of the airline’s affairs, and instead is focusing on making the crew the scapegoats. The traveling public deserves to know the truth: The current management at LIAT is not capable of running the airline at this critical time. Their track record speaks for itself.

LIALPA along with other LIAT Unions are scheduled to meet with shareholders in Barbados on April 4, 2017. However, Management has not given LIALPA’s Executive Council Members the adequate time off to meet and consult their other Union partners before attending this meeting.

We hope this is not a plan to stop us from attending this critical meeting, and to restrict the number of LIALPA participants, where we intend to make our position clear. We are strongly against deferral of salaries and we will no longer subsidize the incompetence of Management.

We are telling you the Caribbean Public what Management does not want you to know. We have done this hoping that public pressure will cause the Shareholders to make the only decision that will save LIAT: Remove the existing Management. We are also doing this publicly because of LIALPA’s unwavering commitment to LIAT’s survival and the improvement of its financial health, but sadly this is not achievable with the current Management Team.