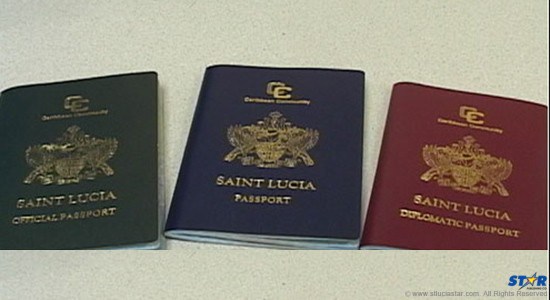 Addressing the St Lucia Country Conference last week Bordelais Deputy Director Leonard Terrance spoke about the measures currently being implemented to counteract human trafficking, a problem faced by societies around the world that is linked to other crimes including money laundering and terrorism. On the local level, Terrance highlighted some of contributing factors to the offense that typically revolves around forced labour, or commercial sexual exploitation.

“You have a case even in St Lucia right now where employment is scarce, and now persons are trying to seek employment overseas, on cruise ships, on farms overseas, and persons are coming down to recruit and do all kinds of things, and recruitment agencies are set up,” the prison representative said. “One has to look at this very closely to see who is behind all these things that are happening there, because when such things happen, they can lead to incidences of human trafficking.”

Just days after addressing the issue of human trafficking and fraud, a woman was arrested in St Lucia for suspected involvement with a job scam. Scores of people reportedly came forward claiming to be victims of the scheme that revolved around attaining employment overseas. Her arrest was executed by employees of a private security company on Saturday, October 29. One of the employees claimed the woman had attempted to deceive him. In a detailed audio recording shared with the STAR, the employee who made the arrest can be heard informing the woman of her rights on the same day that scores of passports were discovered at her place of dwelling.

“We know what you’re doing,” the man can be heard saying. “We have been monitoring you, and over ten people have identified you as the individual who is proposing to get jobs for them overseas, and I was your bait, to get to you.”
For the duration of their conversation the woman remains mostly silent. She is later escorted to the Criminal Investigations Department.

According to information received by the STAR from individuals who had been in contact with the woman in question, the jobs being offered included farming, construction, cooking, and cleaning. There were also openings for an engineer and a driver, all with a basic salary of 200 Euro per week, and a workday schedule of 5-1 p.m. on Monday to Friday.

“It depends on what you’re doing the salary can be higher than that,” the woman explains in the audio recording. Rent, food and monthly trips back home were apparently also included in the too good to be true package. The ‘lucky’ few who made it through the questionable selection process were due to leave the island on November 6.

Since her arrest on Saturday, the woman was said to have been released, according to official word from a Royal St Lucia Police Force source, “because witnesses did not come forward in time.” Statements have since been collected, and the woman was rearrested this week.

“She is known to the police,” the security guard who was one of the persons responsible for her initial arrest told the STAR. “They had been looking for her for about five years.”  There have been a number of reports of scams on the island in recent times. Perpetuated through technology and commonly in person, targets often fall victim to their own generosity, or lack of research. At last week’s conference, speaking to the issue of St Lucians readily accepting proposals from strangers, Bordelais’ Deputy Director stated: “People come from wherever they come from and we readily accept them, and they become our friends… You will see nothing until they lure you in, not even realizing you are part and parcel of the problem. Maybe at some point in time we have to stop being friendly for a little while.”

Information coming to the STAR on Friday confirmed that the woman was back in police custody, with charges expected to be laid.