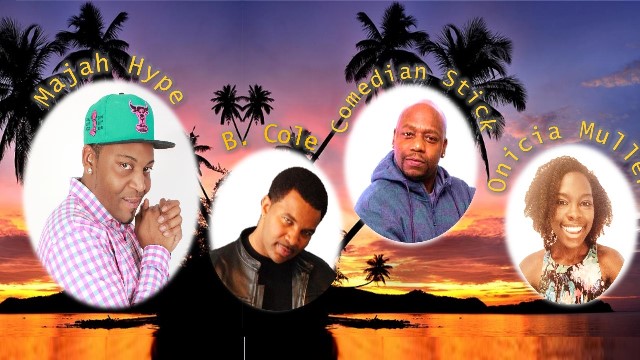 Majah Hype’s two-part performance opened with stand-up comedy covering island-specific humor and tales from his childhood. During his second half, he transformed into Grampa James, a beloved character known for his “Dat Does Piss Me Off” video rants.

Cole captured the Caribbean crowd with side-splitting commentary on parenting and aging. Cole is a touring comic currently working on his fourth feature film. His first feature film, “A Get2gether” is now distributed by Millennium Films and won Best Independent Film Award (2005) at Chicago Comedy Awards.