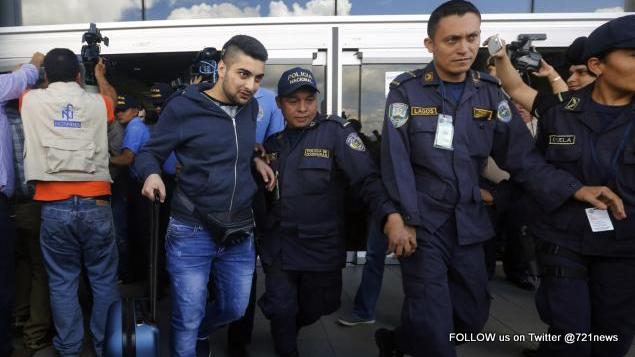 Authorities in Honduras say they have arrested five Syrian nationals who were attempting to travel to the United States using stolen Greek passports, according to Reuters.

By Jesse Byrnes
Honduras — Authorities said there was no apparent indication the Syrians were among suspects linked to last week’s attacks in Paris, the news outlet reported.
Debate has raged since the Friday attacks over whether terrorists may attempt to slip into the U.S. after reports that one Paris attacker may have come to Europe mixed in with Syrian refugees.
A French official said a passport found near a Paris suspect’s body and had passed through Greece border controls was probably stolen, The New York Times reported.