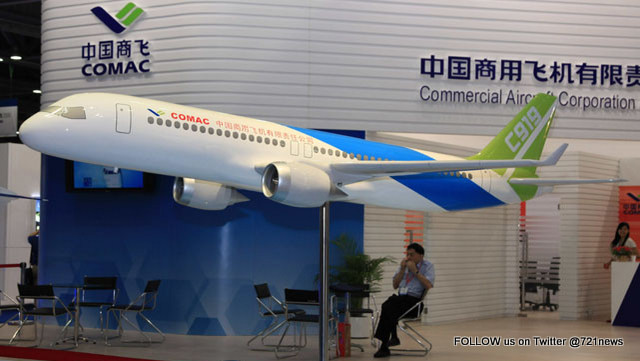 CHINA –– Nov 2 The Commercial Aircraft Corp of China (Comac) said on Monday it had rolled out its C919 narrow body jet, which is meant to rival similar models from Airbus Group and Boeing Co.

State television also showed footage of the aircraft rolling off the assembly line in Comac’s Shanghai factory. In a statement, the company said it had already received 517 orders for the aircraft mainly from domestic firms.

The much-delayed passenger jet is the Chinese answer to Boeing’s 737 and Airbus’ A320 models which make up more than half of the aircraft in service.

Comac Chairman Jin Zhuanglong said ground tests on the C919’s systems such as avionics, flight controls and hydraulics would start shortly, and that the maiden flight was still scheduled for 2016. (Reporting by Fang Yan and Matthew Miller in BEIJING; Editing by Siva Govindasamy and Miral Fahmy)