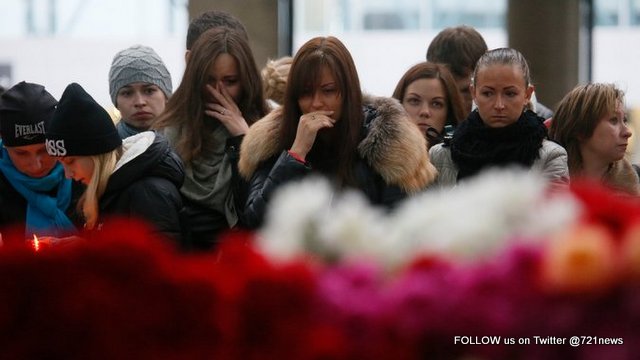 ST. PETERSBURG, Russia — As Russiamourned the 224 victims of a charter flight that crashed over the weekend on the Sinai Peninsula in Egypt, investigators on Sunday began the difficult process of trying to determine whether the plane, which they said had broken up in midair, was brought down by an act of terrorism or a tragic accident.

After surveying the wreckage scattered across eight square miles of the barren, black pebbles of the Sinai Desert plateau, Viktor Sorochenko, the director of the Interstate Aviation Commission, told journalists that the wide dispersion meant that the plane had disintegrated before the pieces fell to earth.

But that alone did not indicate any specific cause for the crash, he said, describing the debris field as a giant ellipse. “It is too soon to talk about conclusions,” he was quoted as saying by the Interfax news agency. “The collapse occurred in midair, and the wreckage is scattered over a vast area.”

The circumstances of the crash kept alive the possibilities that mechanical failure or terrorism might have caused the catastrophe. Either appeared plausible to aviation experts.

One former French accident investigator, Alain Bouillard, said he could think of no plausible scenario in which a mechanical problem could have led to a midair breakup at cruising altitude of a modern aircraft like the Airbus A321-200 that crashed in Sinai.

“A rupture in flight after a technical fault seems to me highly improbable,” he added.

But Mark Rosenker, a former chairman of the United States National Transportation Safety Board, said he thought the crash was more likely to be an accident than terrorism and noted that the plane had been damaged in 2001 when its tail struck the runway upon landing in Cairo. (At the time, the plane was operated by Middle East Airlines, a Lebanese carrier.) But he said that he could not rule out terrorism as a possible cause.

United States government officials said on Sunday they remained skeptical that terrorism was involved, and instead focused on indications of some sort of mechanical failure. Information extracted from the black boxes, which have already been recovered, was likely to yield further clues as to what happened.