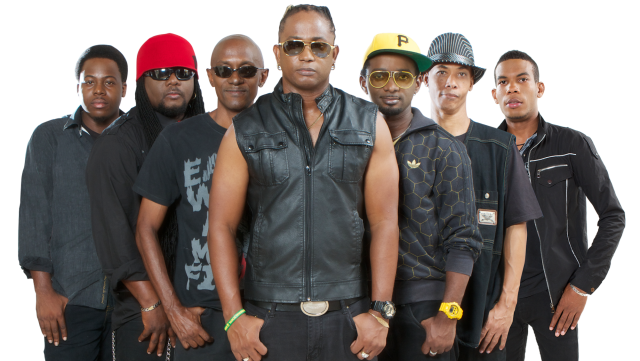 Regarded as the No. ONE (1) dance event for music lovers and the mature at heart, Fya Under Yuh Foot is back and hotter than ever before!

On December 26th (Boxing Day) the tent at Port de Plaisance will be set completely on Fyah! There will be FYAH on FYAH when the legendary

band Edwin Yearwood and Krosfyah hit the stage at Fyah Under Yuh Foot.

Yuh Foot fans and music lovers alike. As one of the most innovative soca bands to come out of Barbados with some of the world’s biggest soca
hits like “Sweatin”, “Pump Me Up”, and “Sak Passe, Krosfyah will bring nothing but pure energy and enjoyment to the Fyah Under Yuh Foot audience.

Edwin Yearwood is a natural born entertainer whose accolades and songwriting genius recognizes him as the undisputed soca king. Edwin is

the charismatic lead singer of Krosfyah and also the winner of the 2015 Sweet Soca in Barbados with his song, “Party Of The Year”. His intimate
relationship with melodies and lyrics manifests itself in a creation of his songs that are not only the very core of Krosfyah, but music that has rocked
the hips and soothed the souls of krosfyah’s fans worldwide for many years.

Edwin Yearwood and Krosfyah not only compliment Fyah Under Yuh Foot by ensuring all guests a truly unforgettable experience, but also provides

the opportunity for persons to truly reflect, embrace and enjoy life in full jubilee all while looking forward to a wonderful 2016.

Music for this unforgettable experience will be provided by three (3) of the hottest DJ’s in the industry; Dj Biggers of Big & Serious Sound and the

As always, Fyah Under Yuh Foot’s production guarantees each guest an unforgettable experience as they dance the night away to the hottest Soca,

Fyah Under Yuh Foot will be held on Saturday December 26th, at Port De Plaisance (Under De Tent); Door opens at 10pm.
Stay connected to Xtratight Entertainment facebook page for deals and give a ways.