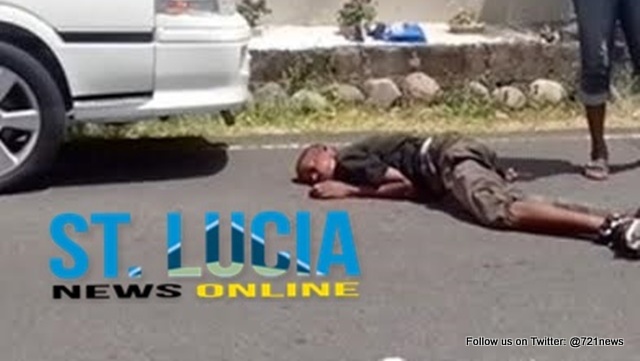 Saint Lucia — St. Lucia News Online (SNO) has received reports of an accident in La Fargue, Choiseul. The accident occurred at about 1p.m, higher up the Choiseul Secondary School. The victim  has been identified as Raymond (only name given) of Piaye, who is said to be mentally challenged.

Reports are he was hit by a taxi (minibus). It is not yet clear what injuries he sustained. A picture received by this news agency shows the man laying flat on the road, with the minibus parked in front of him. Police officials said the accident seems to be serious.

The man was taken to hospital a few minutes ago, by an ambulance.