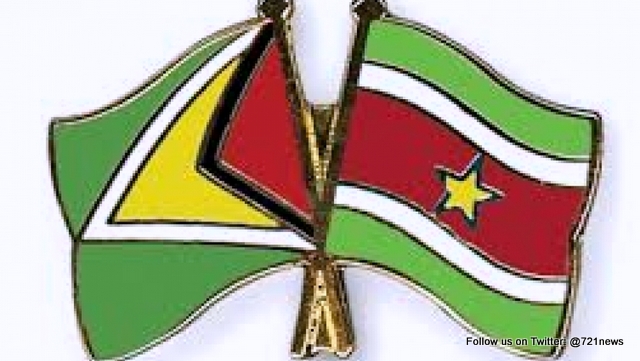 SURINAME — Surinamese police allegedly assaulted the Guyana Ambassador to that neighbouring country, Keith George while he was blocking the arrest of his chauffeur inside the embassy in clear violation of international law.

Guyana’s Foreign Ministry said George insisted that no arrest could take place on the premises because that would be a breach of the Vienna Convention, but the police said the diplomatic mission was on Surinamese territory.

“The Ambassador informed both ranks that they could not effect an arrest on the premises of an embassy and if there is an issue it must be addressed through the Ministry of Foreign Affairs.  The Policemen declared that it was Surinamese territory and that the Ambassador was obstructing police work.

According to the ministry, police said the Ambassador’s Chaffeur was wanted for injury he allegedly inflicted on the driver who was blocking the mission’s entrance with his vehicle.

The incident stemmed from a man parking his vehicle in front of the Guyana embassy’s gate on Wednesday, April 1, 2015 in violation of a ‘No Parking’ sign and behaving disorderly when he was asked to remove the vehicle that was blocking the entrance to the mission.  The Foreign Ministry here said the driver, angered at the request, exited his vehicle and assaulted the security guard on duty.  He was the “choked and pressed to the ground by the irate driver,” according to the Foreign Ministry.

The Guyana government said it has registered its deep concern over this unprecedented act and expects that measures will be taken to not only ensure that there is no recurrence of these gross violations of international law, but that the proper action will be taken by the Government of Suriname against those who violated the principles laid down in the Vienna Conventions.  “The Government of Guyana hopes that because of the fact that the relations between Guyana and Suriname are exceptional good, the Government of Suriname will provide an expeditious explanation for this incident,” said the ministry.

The Foreign Ministry said the Ambassador’s chauffeur intervened to rescue the security guard and he was the subject of verbal abuse from the driver of the parked vehicle.

Ambassador George instructed his staff to call in Surinamese police after the man continued his verbal abuse and exposed himself in public facing the embassy. On arrival at the embassy, the Ambassador reportedly introduced him and him and two other staff members briefed the lawmen on what had transpired and caused the request for assistance in keeping with the Vienna Convention.

The mission further reported that the officers left the building and proceeded beyond the gate, it is assumed, to address the matter for which they were called.  On re-entering, the policemen declared that they had to arrest the Ambassador’s Chaffeur.

The Foreign Ministry alleged that the two policemen continued with their effort  to effect an arrest on the premises of an embassy that is in contravention of international law, despite admonitions from the staff and officers of the Guyana Embassy and Suriname’s Foreign Affairs Ministry.

The Guyana government appeared dissatisfied that the Surinamese police have not provided any information on the action that they have taken or plan to take against the man who was behaving disorderly. The Foreign Ministry said it was “perturbed as to why the Surinamese police are interested in the Ambassador’s Chauffeur who was not involved in an altercation with the man in question.”

The Acting Director General of the Ministry of Foreign Affairs, Audrey Waddell was scheduled to travel to Paramaribo “to meet with the staff who have been traumatized by the actions of two members of the Suriname police,” said the ministry.

Suriname’s Foreign Minister, Winston Lackin and other top Foreign Ministry officials have met with the Guyana Ambassador to Suriname about the incident.