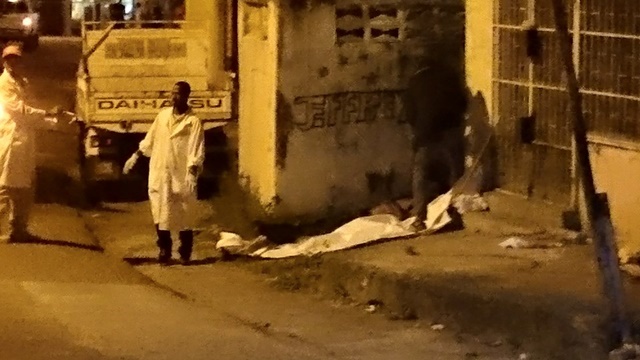 A homeless man, known as Tony, died off Chaussee Road, behind the Courts building, near Wilton’s Yard, also known as Graveyard. The incident occurred at around 11: 20 p.m. Saturday, April 4.

It is believed that Tony was caught in a crossfire.

Another male, identified as Brent Frederick, believed to be in his teens, sustained a gunshot wound in the mouth and was hospitalised in stable condition.

In the second incident, a man, identified by a family member as Oran Charles, aka Wong, of Monkey Town, Ciceron, was shot multiple times in Monkey Town around 2 a.m. Sunday. It is believed that the shooting was gang-related.

Charles, who was in his mid to late 20s, celebrated his birthday recently, on April 1, a relative told St. Lucia News Online (SNO).

Of note, St. Lucia, unofficially, recorded no homicides in January, February and March 2015.