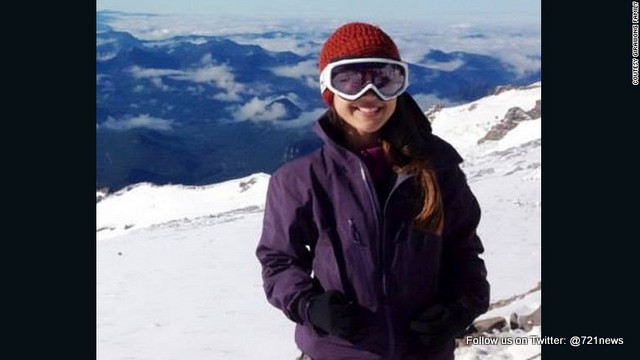 (CNN) Ashleigh Stumler thought she was getting dizzy as she hiked in the thin air of Mount Everest. But a guide told her it was something else. An earthquake was roiling Nepal and shaking the world’s tallest mountain to its roots.

Stumler lived to tell the tale. Others were not so lucky.

Eve Girawong, a base camp doctor at Mount Everest, was lost in an avalanche set off by the earthquake Saturday, according to her family and employer.

“Our beloved daughter, younger sister and best friend has been taken from us today,” her family posted on Facebook.

And for Doug and Kristi Aube of Calgary, Alberta, the wait is agonizing. Their daughter, Vanessa, is missing in Nepal. She might be fine, she might be hurt — or worse. There is, simply, no information at all.

Every catastrophe brings statistics that numb the mind — and thousands of individual stories, each of which can break a heart. Families are tearful with relief, or distraught with the loss of one of their own, or frantic in their search for any scrap of news.

Saturday’s earthquake is no exception. Among the stories starting to emerge are these:

Stumler was on the slopes of Mount Everest, about four hours away from the area of greatest damage, when the magnitude-7.8 earthquake hit. Her balance was off and she thought at first that she was dizzy, that something was wrong with her, she told reporter Brittney Johnson of CNN affiliate WSOC.

But her guide told her it was something else — an earthquake.

Stumler spoke with Johnson via FaceTime on Saturday afternoon. She said the quake destroyed a camp at which she had stayed just two days before.

But she survived, and was able to talk to her parents back in Charlotte, North Carolina, on Saturday night.

Girawong, an avid mountaineer and a base camp doctor at Mount Everest, was swept to her death in an avalanche triggered by the quake. She was in the process of completing a second master’s degree and postgraduate diploma in mountain medicine at the University of Leicester in the UK.

He got the information from company President Garrett Madison, who was guiding the expedition.

“It’s devastating,” Hunter said. “What’s happened at Mount Everest is an absolute tragedy but pales in comparison to what happened in Nepal — the widespread devastation and loss of life.”

But for Girawong’s family, the loss was heartbreaking.

“Nong Eve Girawong was doing the thing she loved doing most — helping others,” family members posted on Facebook. “Words cannot describe the heartbreak and pain that we are currently suffering – The Girawong family.”

Dan Fredinburg, an executive at Google, had been posting updates about his adventures in Nepal on Instagram and Twitter.

But those accounts now bear grim news. His sister, Megan, updated the Instagram account with a message saying Fredinburg had died of a major head injury.

“We appreciate all of the love that has been sent our way thus far and know his soul and his spirit will live on in so many of us,” she wrote. “All our love and thanks to those who shared this life with our favorite hilarious strong-willed man. He was and is everything to us.”

Aube’s parents last heard from their daughter on Facebook on March 23. She was staying with a family at Rupa Tal, or Rupa Lake, about 120 miles (200 kilometers) northwest of Kathmandu. 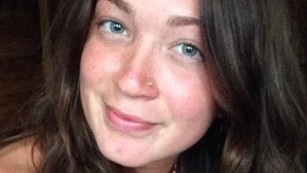 Vanessa Aube’s parents have not heard from her since the earthquake that hit Nepal on Saturday.

Since then — and since Saturday’s earthquake — her parents, Doug and Kristi Aube, have heard nothing.

They are desperately trying to find her. They have emailed the Red Cross. And they sent a photograph to CNN, taken in Nepal within the last couple of weeks.

“Yes,” one of her parents emailed, “I give CNN permission to feature the photo if it aids in the location of our daughter.”

Jon Reiter has scaled all of the “Seven Summits,” the highest mountain on each of the seven continents — except Everest. This is his third straight year trying to scale the tallest peak of them all.

He turned back in 2013 “because it didn’t feel right,” according to his wife, Susan.

This year, at the base camp, disaster struck in the form of an earthquake that seemed to go on forever.

“An earthquake that long set off avalanches all the way around us,” Reiter recalled. “And they came down — they were large, they were massive avalanches.”

The falling ice and snow took out large sections of the camp, where climbers prepare to ascend Everest. A cloud of snow dust engulfed hundreds of tents as people ran for their lives.

The earthquake struck just over a year after an avalanche on Everest killed 16 Sherpas, the deadliest single disaster on the mountain up to that point. Reiter was there last year when that avalanche struck. He described to CNN at the time the harrowing experience of seeing bodies being removed.

Will he try again after witnessing another disaster on the mountain?

“You would think that he wouldn’t because of this and because of last year,” Susan Reiter said from her Northern California home. “But knowing my husband, I think he will. I hope not, but I don’t want to hold him back.”