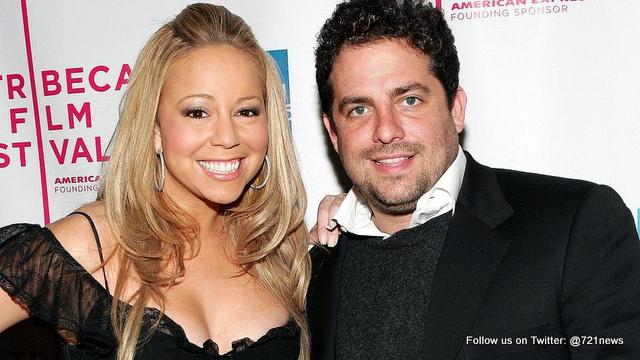 Director Brett Ratner has denied recent romance rumors with newly single Mariah Carey, insisting they’re working together for a movie based on one of her hit songs.

The “Rush Hour” director and the pop diva were spotted vacationing together on the island of St. Barts over the weekend, as they each celebrated a birthday, with Carey’s 45th on Friday and Ratner’s 46th on Saturday.

They were photographed walking arm in arm and affectionately touching each other, sparking speculation that the longtime friends had begun a romantic relationship.

However, Ratner and Carey called in to St. Maarten radio station Laser 101 to clarify that they’re just friends, and revealed the getaway was partly held to plan two upcoming projects.

Ratner said, “We’re doing a movie together finally after all these years. It’s based on her biggest Christmas song (All I Want For Christmas Is You) and the next one is her next video which is a Ratner/Mariah reunion.”

Ratner has been a longtime collaborator with Carey, first directing the music video for her 1998 track I Still Believe. He has directed six of her promos since then, including Heartbreaker and We Belong Together.