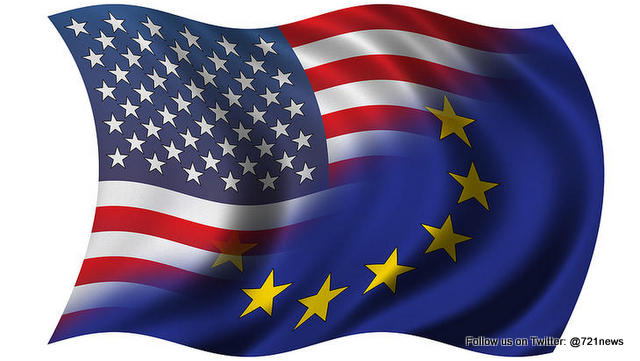 The Dutch parliament on Tuesday overwhelmingly voted in favour of a motion stating a new trade treaty between the US and Europe should not disadvantage the Dutch legal system and Dutch democracy.

The TTIP is a new free trade agreement which supporters say will boost prosperity on both sides of the Atlantic. However, its detractors claim Europe will lose control over product safety and workers rights and that it will give big business free play to challenge government policies. One section of the treaty allows a company to make a legal claim against a country if it considers its interests are being damaged.

This could include being refused permission to sell products or being forced to comply with environmental legislation. The Dutch cabinet supports the TTIP in principle but trade minister Lilian Ploumen is trying to ensure it is amended in places, broadcaster Nos reports. The motion states that Dutch values ‘such as human dignity, freedom, democracy, equal rights and the protection of the environment and human rights must remain guaranteed’.

The TTIP may not include any ‘dispute settlements which are detrimental to our national legal system and our democratic decision-making process’, the motion said. The motion was supported by parties from across the political spectrum, except the ruling VVD.