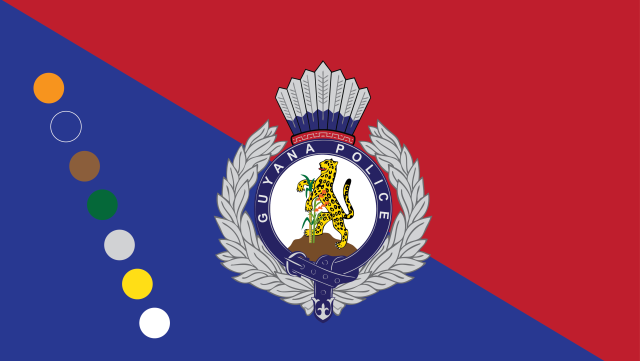 GEORGETOWN –– The nude body of a 14-year-old student of Campbellville Secondary School was discovered on the seawall yesterday by passers-by in the vicinity of the University of Guyana (UG) Access Road, Turkeyen, East Coast Demerara.

The body which was identified as that of Alicia Ali, of Cummings Lodge, East Coast Demerara, was found among the boulders that form a part of the sea defence.

She was last seen by her mother Maylene Williams around 8:50 p.m. on Tuesday when she left her home to go to a nearby shop.

Williams said that she became worried when her daughter did not return home, since it was not normal for Ali to stay out of her home late at nights.

The woman said she immediately contacted relatives and friends to ascertain her child’s whereabouts, but none of them was of any help.

According to Williams, it was not until some time yesterday afternoon that she learnt of her daughter’s fate.

“I was home and my friend told me that they found a body on the seawall.”

Williams said that she first headed to the Sparendaam Police Station since she was told that ranks there were conducting the investigations.

From there she was escorted to the mortuary where she positively identified her daughter’s body.

Investigators are not too sure if Ali met her death at the spot where her body was discovered.

So far none of her clothes has been recovered.

“We do not believe that she left her home at that time of the night to go on the seawall for a swim. We are almost certain that she was taken there by someone else,” a detective told this newspaper.

There were a few marks on Ali’s body but investigators believe that they were caused by it being slammed repeatedly against the boulders.

They are awaiting the results of a post-mortem examination to determine the cause of her death.

Her mother told Kaieteur News that she is not aware if her daughter had any friend who might have lured of her to the location where her body was found.

“We will have to check with some of her school friends to see if they can provide us with any clues.

Ali’s body was the second to be discovered on the seawall within the past week.

On Sunday last, police also discovered the battered body of 29 year-old Ramesh Katarnauth on the rocky seaside of the Kitty Seawall.

Investigators are unsure how the body surfaced on the seawall, but disclosed that a number of bruises were on the victim’s face and upper body.

A subsequent post-mortem revealed that he was beaten, strangled and thrown overboard.

Last month, the decomposed body of a 40-year-old fisherman was fished out of the Atlantic Ocean, in the vicinity of Ruimzeight, West Coast Demerara.

The dead fisherman has been identified as Sadeia Sanchara, a father of four of Lot 176 Seawall Road, Montrose, East Coast Demerara (ECD).

His badly decomposed body was discovered ten days after he allegedly fell from the fishing boat that was carrying him and five other crew members.