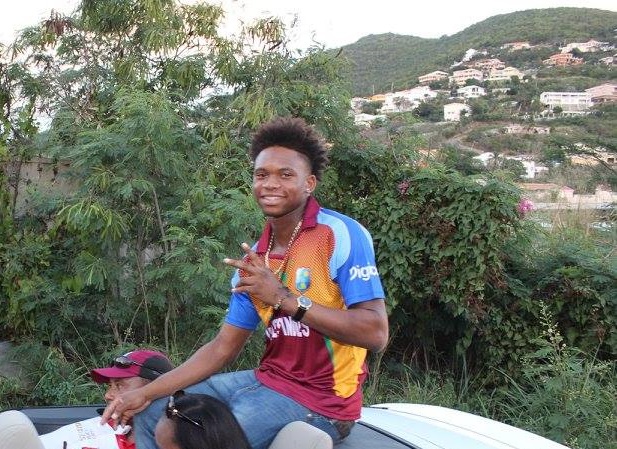 PHILIPSBURG, Sint Maarten — In the spirit of Black History Month and as Sint Maarten continues to acknowledge its rich, and diverse heritage, the Ministry of Education Culture Youth and Sport (MECYS) is unveiling “We Story” The Collection. “We Story” is a compilation of newly and previously written profiles/features (by cited & acknowledged authors) on prominent and well-known past and current educators, artists, sports icons and community pioneers that have contributed to Sint Maarten and its diaspora.

The objective of “We Story” The Collection is to bring about more awareness and increase the visibility of the many facets of Sint Maarten’s rich and diverse heritage through a series of press releases schedule to appear over the next two weeks and beyond via Government and local media outlets.

Mr. Keacy Carty, a right hand top order batsman who has played for the Leeward Islands and the West Indies is a born St. Maartener and achieved the honor of Male athlete of the year and International Ambassador during the 2016 Brown Pelican Sports Awards.

Keacy, played the highest-level as a first-class cricketer within the under 19 division and as a St. Maartener, he made the most runs as an under 15 batsman. At the age of 16, he represented the Leeward Islands and played as a contracted player for the Leeward’s senior team (Leeward Island Hurricanes). He competed in the West Indies Under 19 finals Championship in Grenada and was selected to represent the West Indies under 19 Cricket team at the 2016 Under 19 World Cup in Bangladesh. The West Indies U19 team won the U19 World Cup Cricket finals by defeating the home team of Bangladesh. Keacy was named man of the match as he secured the win with 52 runs not out. For him, that was a major accomplishment being the first to play cricket internationally.

Keacy’s career stats as a first-class player spans from 2016 to 2022 with 33 matches, 58 innings and 1,493 runs. With a run rate of 2.54 his amassed runs include two (2) centuries, eleven (11) half centuries, fourteen (14) 6’s and one hundred fifty-six (156) 4’s. He has participated in the Nagico Super 50, West Indies Cricket Board (WICB) professional Cricket League Regional 4 Day Tournament and the West Indies Championship amongst other tournaments. He currently plays for the Leeward Islands Hurricanes, his story has just begun.

The Ministry of Education Culture Youth and Sport (MECYS) will continue to add to the collection as information is researched and compiled from new and historical sources.