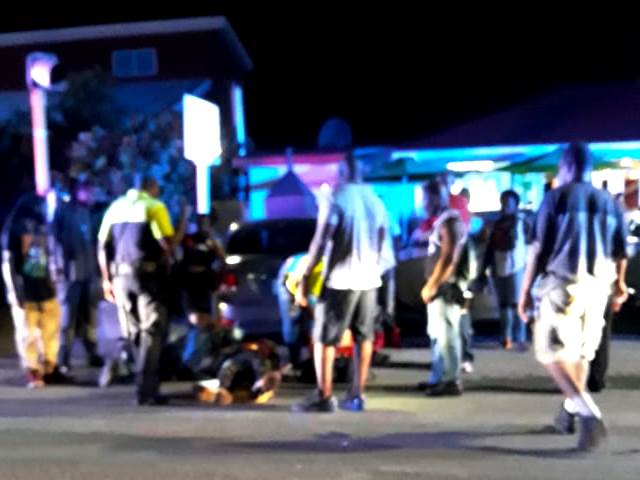 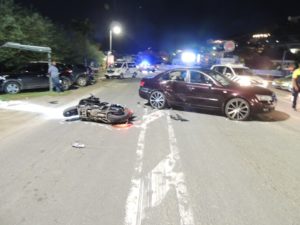 SIMPSON BAY, Sint Maarten — The Police Traffic Department is presently investigating a traffic accident which took place on Welfare road in the vicinity of Snoopy’s bar on Sunday September 30th at approximately 10.50 p.m.

A father identified with initials P.M. and son with initials J.M. were both arrested by police officers arrived at a traffic accident in which they involved. During the investigation of the accident and without reason the son J.M. started to threaten and insult the officers. When the patrol wanted to arrest him he started to resist heavily. His father P.M. joined in the resistance to prevent his son from being arrested. The father was also arrested and both were taken to the Police Head Quarters for questioning and further investigation.

A male suspect identified with initials D.C.  (24) was arrested by the Police Juvenile and Morals Department suspected of having sexual relations with a female minor. The suspect remains in custody for questioning and further investigation. 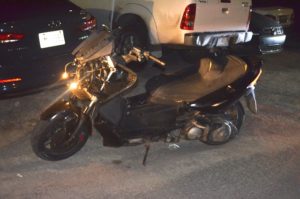 The Police Traffic Department is investigating a traffic accident which occurred on Monday October 1st on Welfare Road in the vicinity of Market Garden at approximately 01.25 a.m. The accident was between a private vehicle with license plate M-667 and a scooter without license plate.

The scooter impacted the rear passenger door the private vehicle which drove out of the parking area on the Welfare road.

As a result of the accident the scooter rider suffered a wound to his head. He was treated on the scene by paramedics and then taken to the Sint Maarten medical center for further treatment. (See pic attached)