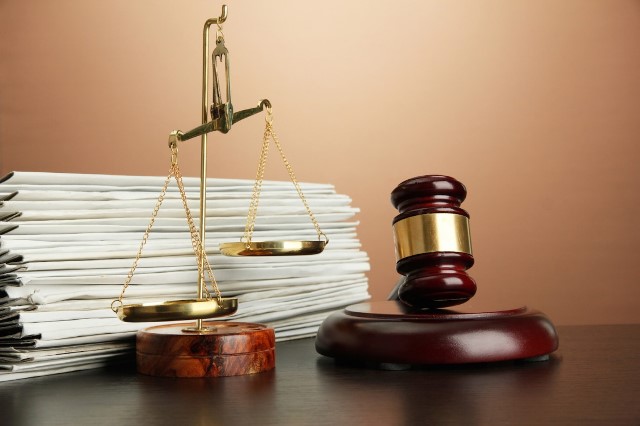 PHILIPSBURG – The BP Corporate Group N.V. (Bright Path) and Vivian Chamas have won a lawsuit against two former clients who accused them of failing to deliver services for which they had paid $15,000.

The Court in First Instance ruled last week that Emimar de la Soledad Minguet Carvajal and Wilmer Alfredo Lizardo-Calderon have to remove “all criminal qualifications” they have published about Chamas on Facebook, Instagram and other internet fora within ten days; non-compliance with the court ruling carries a penalty of 2,500 guilders per day with a maximum of 250,000 guilders.

The conflict between Chamas, Minguet Carvajal and Lizardo-Calderon finds its basis in an agreement parties signed in early 2016. Minguet Carvajal and Lizardo-Calderon wanted to leave Venezuela and start a new life in St. Maarten. Chamas received $15,000 from the couple; in exchange, she would take care of all the necessary paperwork in St. Maarten, where the two Venezuelans intended to open a bakery.

According to court documents, Chamas executed a few services, but failed to deliver on the majority. Her company submitted for instance a request for business incorporation and also one for a business license; but Chamas never paid the fees for this license. She registered the company with the tax inspectorate with a forged signature (the clients claim) and failed to register it with the department of labor. The list goes on and on.

When Minguet Carvajal and Lizardo-Calderon arrived in St. Maarten in 2016, they realized that nothing much had been settled in terms of the paperwork. When Chamas failed to get in touch, the clients hit back with warnings on their Facebook page, Instagram and other internet fora to alert other Venezuelans against the poor quality of service they had received.

According to Chamas, her clients labeled her company on internet as charlatans, thieves, delinquents and robbers. They also posted a scam alert with the BP Corporate Group logo on internet.

Chamas went to court in an attempt to save her company’s reputation; she demanded rectification of negative statements published in the Daily Herald, in the Spanish newspaper Conciencia es Noticias and on Instagram.

The court ruled that the two Venezuelans have made it sufficiently plausible that the service Chamas delivered left much to be desired. “The court can well imagine the defendants’ anger; in Venezuela they found themselves in an economically difficult situation and they paid the plaintiff a lot of money to do all this work to get them out of that situation,” the ruling states.

Furthermore, the court ruled that the complaints the two clients expressed on Facebook and in a newspaper interview are not unlawful.

However, the ruling also states, it is not unlikely that the court will rule in a regular procedure that the criminal disqualifications the Venezuelans used against Chamas and the BP Corporate Group are “disproportional.”

The shortcomings Minguet Carvajal and Lizardo-Calderon have mentioned in their complaints qualify as “malpractice and not necessarily as criminal fraud or other criminal acts,” the court ruled.

The court ordered Minguet Carvajal and Lizardo-Caldedron therefore to remove all criminal disqualifications from their Facebook-page, from Instagram and from other internet fora. Under the term criminal disqualifications, the court included the following terms: scammers, scammed, scam alert, thugs, delinquents, robbing, falsifying our signatures and estafa. (In an estafa case a single party intentionally defrauds another party whereby that party suffers damages).

The court denied the demand for rectifications in two newspapers because the facts date back to 2016. The plaintiff is free to publish the court verdict in these papers, the court ruled.

When the case was heard on August 31, attorney Dagmar Daal concluded that there is proof that Chamas caused damages to Minguet Carvajal and Lizardo by accepting $15,000 and not living up to her obligations. Daal furthermore noted that her clients’ right to express their opinion carries more weight than Chamas’ interest in protecting her reputation.

The court ruling agrees with the two Venezuelans up to a point but has ordered them nevertheless to remove criminal disqualifications from their internet publications. 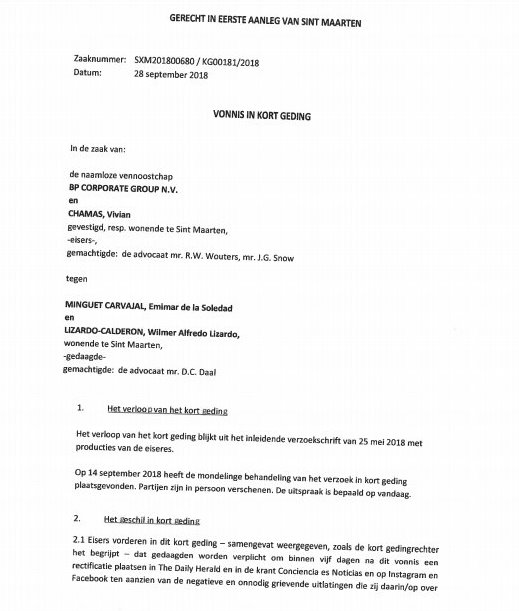 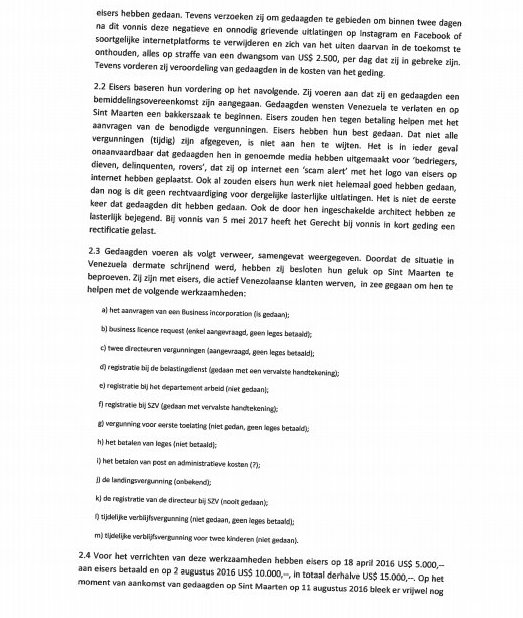 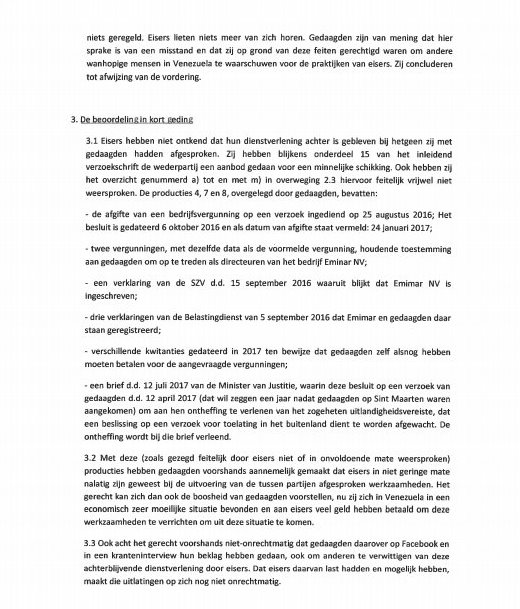 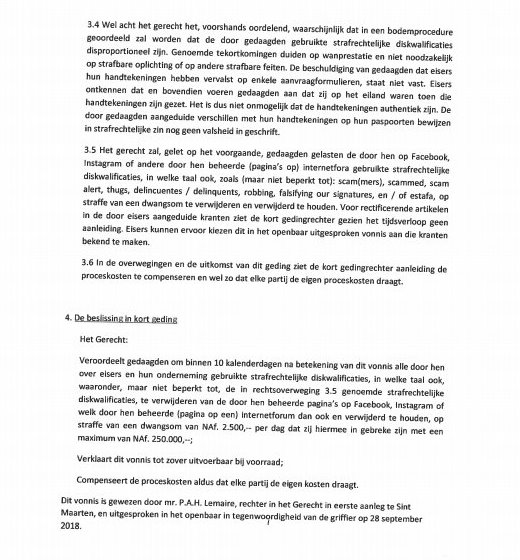