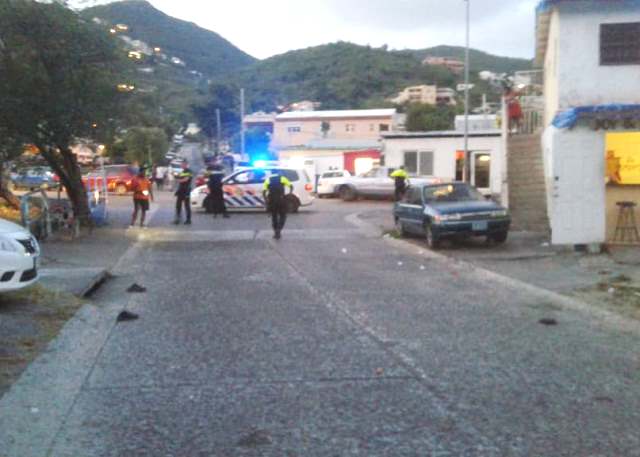 ST PETERS, Sint Maarten — Detectives are presently investigating a case involving a male victim who was seriously ill-treated with a knife. The incident took place on Tuesday June 5th approximately 06.00 p.m. in the vicinity of Boasman Bar on Apricot road in Sint Peters.

According to reports the first call came in to the Emergency Dispatch from a female driver who stated that she was on her way to the Sint Maarten Medical Center with a man who was bleeding profusely from wounds to his body and most probably was involved in an altercation which led to him being seriously wounded.

Immediately several police patrols and detectives were sent to the scene to investigate what had taken place. On the scene the investigating officers encountered traces of blood and items most probably connected to this investigation. The crime scene was immediately cordoned-off by police. Detectives were on the scene speaking to potential witnesses and the Forensic investigators collected evidence.

At the Sint Maarten Medical Center the victim identified with initials E.D. (47) was undergoing treatment for the very serious wounds he sustained and was not in condition to give any statement at the time. The victim was immediately operated on and he remains in very critical condition. The female driver who had taken the victim to the Sint Maarten Medical Center had already left. The investigating officers are also asking the female driver who drove the victim to the hospital to get in contact with the police department immediately.

Who the suspect or suspects responsible for this ill-treatment are in this case is still unknown. The investigation is ongoing and the investigators of this case are asking anyone who has information regarding this case to get in contact with the Detective Department by calling 54-22222 ext. 213-214 or dial the emergency number 911. Your cooperation is definite needed to help solve this case.