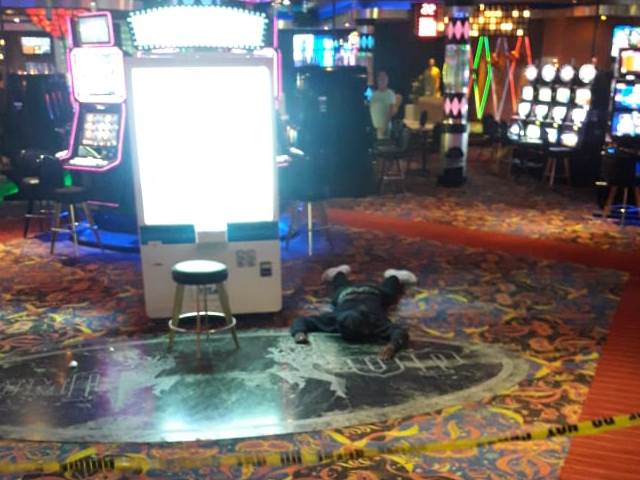 PHILIPSBURG, Sint Maarten — In connection with the ongoing investigation of the attempted armed robbery at Jump-Up Casino which took place on Wednesday June 6th at approximately 12.15 a.m. resulting in one robber being shot to death, the robbery investigators are appealing to the community for help to identify the suspect.

This culprit have not yet been identified because he was not carrying any identification and no-one of the community has come forward stating that a family member, such a father, a husband, brother did not return home since leaving during the day or evening on Tuesday June 5th.

In addition, the Special Unit Robbery has learnt from the medical staff in charge of the treatment of the male employee that was shot during this armed robbery attempt that he is stable but in very critical condition and has to be flown abroad to receive further medical treatment.

Anyone who has any information in connection with this investigation should immediately get in contact with the Police Department or they can call 54-22222 ext. 213/214 or the Emergency number 911.
Your information will be highly appreciated.

Frame images our newsroom took from the video shown below.
Maybe someone can get a better ID of the robber and report the information to the police.