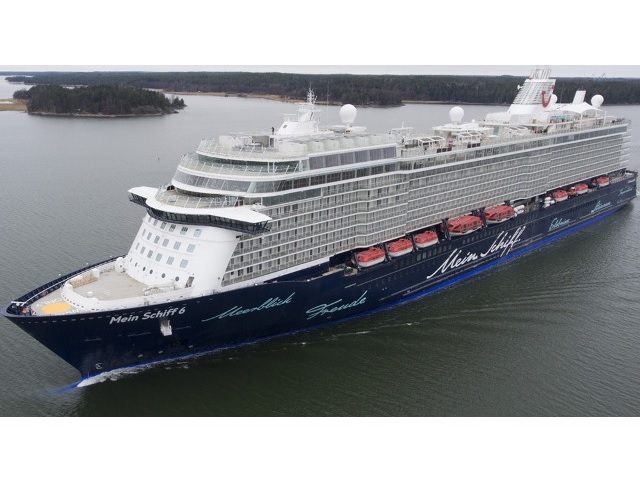 PORT ST. MAARTEN – Mein Schiff 6 will be making its inaugural call to the destination on Friday, April 6th.  The new build made its maiden voyage a transatlantic cruise from Europe to the United States in September 2017.

Port St. Maarten Management will be welcoming the new vessel to its shores on Friday with the traditional plaque exchange and words of welcome.

The vessel is the newest member of the fleet of TUI Cruises and is identical to her sister-ship the Mein Schiff 5.

The cruise line caters to the German market, which has been one of Port St. Maarten’s marketing strategies over the years while attending cruise conferences and meeting with cruise line executives.  The percentage of German travellers on board TUI ships is around 80 per cent.

The vessel was built by Meyer Turku Shipyard in Turku, Finland at an investment cost of US$620 million. Mein Schiff was delivered in May 2017 and christened in Port Hamburg, Germany in June 2017.

Mein Schiff 6 has 15 decks; 90 per cent of all cabins are ocean views, and 82 per cent have a private balcony.