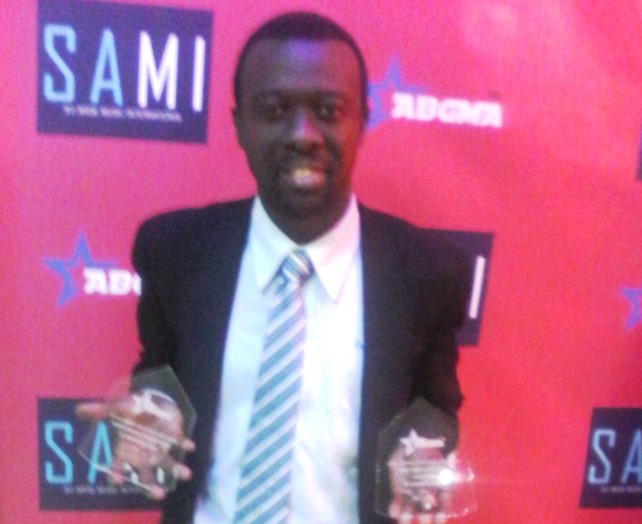 St. Kitts — based gospel music record label JIFE Music picked up four awards from its eight nominations at the Antigua and Barbuda Gospel Music and Media Awards on Saturday. The awards ceremony, now in its fourth year, was held at the Presidential Lounge at the Sir Vivian Richards Stadium in St. John’s, Antigua.

Di Anointed Vale expressed thanks to his fans and all those who voted for him in helping him win. “It has been a great journey and a wonderful experience doing ministry all over the word, seeing lives changed, people getting saved and just to be a blessing to someone, is more than enough for me to be happy and feel purposeful. But having heard that, for the second time I was nominated for the awards in Antigua and on the very night of my grand tour Concert in Guyana I was informed that I won two awards, it comes to show that the hard work again, has paid off and I feel proud of what the Lord allowed me to accomplished,” Vale said. He was unable to attend the award ceremony as he was headlining his concert in Linden, Guyana as part of his Blood A Jesus Tour.

“Finally I want to say bless up to Future Records from Barbados Jamel Newton for the production of the Reggae Song Of the Year “Eternal Love.” To my beautiful wife Shapherea Benn-Vale for her support and of course to the entire team at JIFE Music record label for pushing the ministry. #BloodaJesus,” he added.

Di Anointed Vale won three awards last year, including International Psalmist of the Year, which he defended this year, despite being nominated among some of the heavyweights in Caribbean Gospel music. In the Reggae Gospel category, he was able to beat out nine-time winner Graypatch and some other noteworthy names in reggae gospel.

For the Trinidad-based D’ Furnace, this is his first time being nominated and winning any award and he was extremely thrilled to have won the Best Soca category. “I am very much delighted to be the winner of the Best Gospel Soca at the Antigua and Barbuda Gospel Music Award. Thanking Master God, Jesus Christ for all his blessings. Big up to JIFE Music. JIFE Music to the world,” Furnace said after winning the award. He was unable to attend the ceremony but was represented by his manager and label executive Andre Huie.

He was able to beat out label mate and JIFE Music President Nyquan who was nominated for his song “Cover Meh” and some other notable names in Soca Gospel Music.