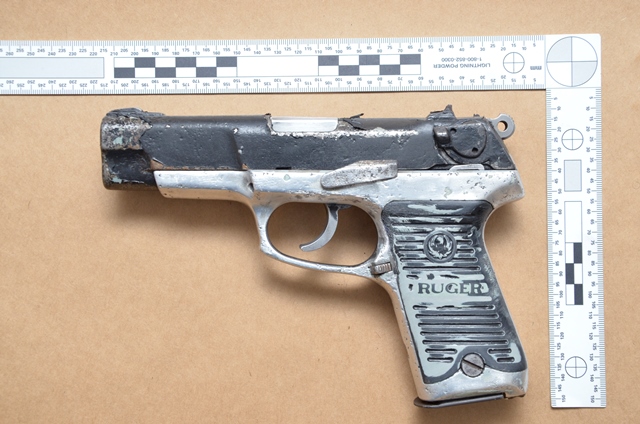 PHILIPSBURG, Sint Maarten — On Saturday august 26th at approximately 00.40 a.m. a lady reported to the Police Head Quarters in Philipsburg that her life and that of her friend were threatened by a man she knows who was accompanied by several other men on the Cannegieter Street. She also stated the man in question was in the possession of a fire-arm.

Immediately after receiving this information several police patrols headed to the location to investigate what had taken place. On arriving on the scene the investigating officers saw a man standing next to a white vehicle with license-plate P-6830 while another man was sitting in the driver seat of the car.

The officers recognized this person very well-known to police. This man took off running when he noticed the police had arrived on the scene. The officers also saw a Hyundai I-10 with license plate P-4292 parked at the same location. Two men were standing next to this vehicle while another was sitting in the driver seat. One of the men standing outside of this vehicle was recognized as K.L.B. and very well known to the police department. 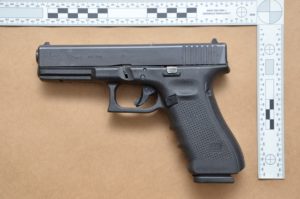 K.L.B. started behaving very suspicious with both hands in his pockets and refused to take them out on orders of the officers. During a search of K.L.B. which he resisted heavily a black “GLOCK” 22 pistol, a gun holster and two small plastic bags containing an amount marihuana were found and confiscated. K.L.B. was arrested on the spot. 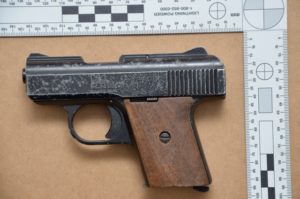 As the investigation continued on the scene a search was also done in the Hyundai I-10. During this search a pistol of the brand “RAVEN” was found under the front passenger seat along with a plastic bag containing an amount of marihuana. These items were confiscated for further investigation. The driver of the vehicle identified with the initials S.R. was immediately arrested. 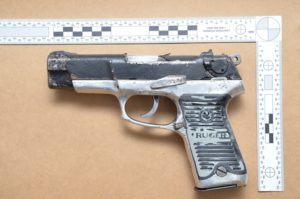 A third vehicle at the location with license plate P-6828 driven by a man identified with initials A.J. was also searched. During this search a pistol of the brand “RUGER”, a bulletproof vest and a plastic bag containing an amount of marihuana were found and confiscated. A. J. was also arrested in connection with this investigation. All confiscated items were taken to the Philipsburg Police Head Quarters along with the three suspects who remain in custody for further investigation.

The police chief Carl John commends the investigating officers for their swift and effective handling of this investigation and for successfully removing three more illegal guns from the streets of Sint Maarten.