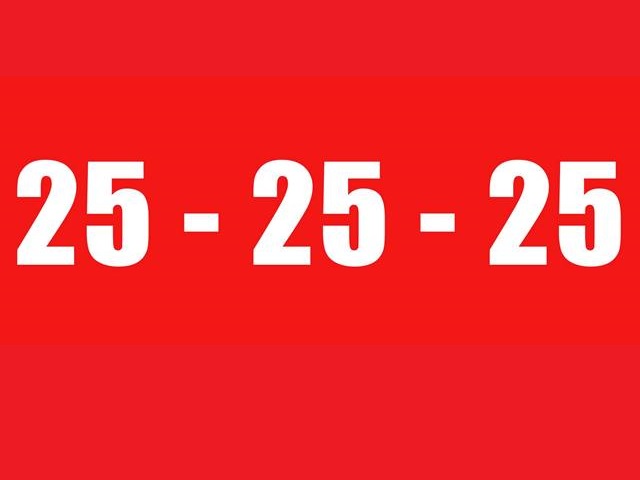 PHILIPSBURG – On Saturday, March 25, at 12:25pm in the afternoon, St. Maarten fan-driven event organizer, Xtratight Entertainment, will be giving fans and patrons, who missed its 5th anniversary ticket special, one last chance to purchase tickets for Carnival’s Flagship Show, TelCell Night Of The Hit Makers, at a greatly reduced price of $25.

Tickets will only be sold at the TelEm branch located at Le Grande Marché on a first come-first served basis. The first 25 persons will get 1 free top-up card courtesy of TelCell.

The 25-25-25 ticket promotion is part of Xtratight’s effort in making tickets more affordable for families and groups of persons seeking to purchase multiple tickets.

Organizer Bertaux “Mr. Rude” Fleming said, “It was not our intention to bring back this special given the magnitude of the show and artist roster. I heard the cry from our fans and patrons that missed out on the previous opportunity, so by popular demand we decided to bring it back one more time.”

“The last time we did this we had a sell-out of the number of tickets that were reserved for the reduced price promotion, I am advising everyone to line up early if they have to, for the 25-25-25 ticket special to make use of this great deal. After this tickets are $30, while supplies last and $40, on the day of the show,” he stated.

The special is for one hour only starting promptly on 12:25pm and ending at 1:25 pm sharp, unless all tickets are sold out before the allotted time. One person can only purchase a maximum of 5 tickets.

The Hit Makers 5th anniversary promises to be a show never to be forgotten, with the ultimate dance experience in the largest outdoor disco setting on the island, featuring some super-hot Caribbean artistes, amongst whom is a re-energized Destra, Kai formerly known as Carimi, Claudius Philips, Farmer Nappy, Jean Marc Ferdinand and St. Maarten’s very own Impakt Band.