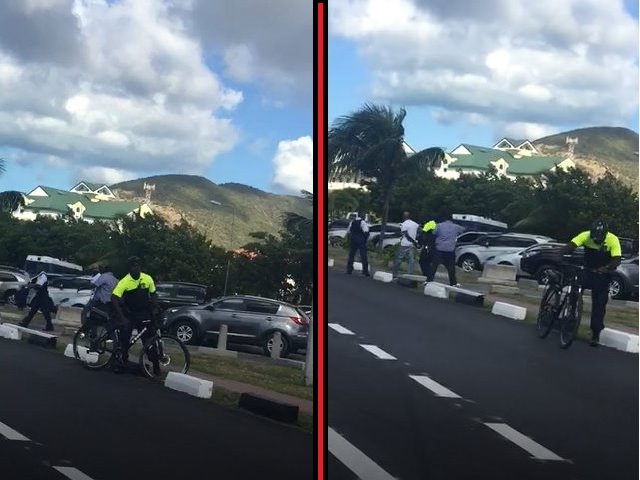 PHILIPSBURG, Sint Maarten — On Tuesday February 14th 2017 at approximately 10.05 a.m. the suspect with initials E.L. Jr. for whom an arrest warrant was issued since March 2015 was arrested by police. The arrest took place in the vicinity of the Police Head Quarters in Philipsburg after he was spotted and stopped by police driving as a passenger of a black SUV.

When the suspect was being put in handcuffs, to be transported, he took off running in the direction of the Sint Maarten University.  The officers chased the suspect on foot and in that process two warning shots were fired. The suspects immediately stop fleeing and surrendered.

He was immediately taken to the police station where he was placed in custody for further investigation.