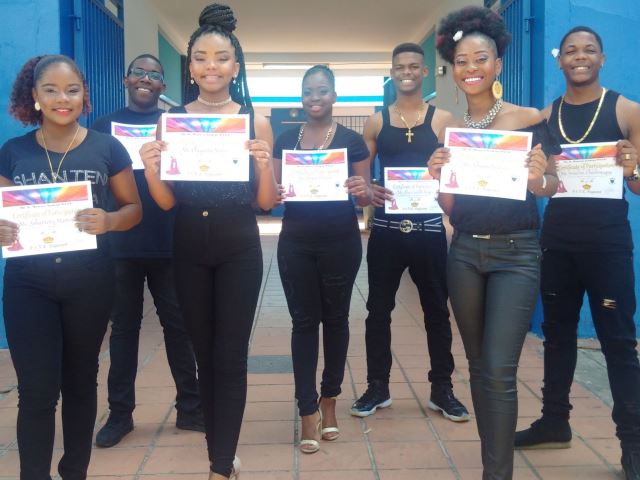 EBENEZER – The candidates of the very first ever Mr. and Ms. PSVE pageant presented themselves to the student body of the St. Maarten Academy PSVE at 9:30am Tuesday, February 14.

The 9 contestants (3 boys and 6 girls) gave brave and memorable introductions before an illustrious panel of judges in the persons of Anna Rabess-Richardson, President of Posh Productions; Sharon Layne, former Miss Mature 2012; and Sidney de Weever, pageant and music enthusiast.

After this first round of competition, the playing field is now levelled with three boys and four girls advancing to the final show to be held later this year. The three boys advancing are: Brendan Charlemagne, Karsten Jn. Baptiste and Alex Castillo Reyes. The four female contestants are: Ashanteny Martina, Abigail Pinnock, Adrianna Bisasor and Cheyenne Nuñez.

Keep abreast with the developments as St. Maarten Academy PSVE sets the stage for an elegant and talent filled show.