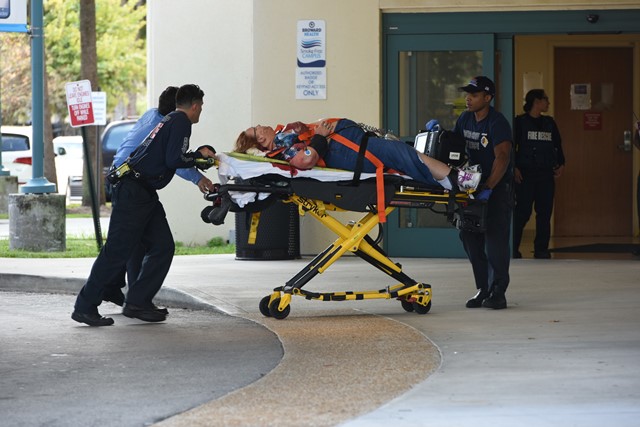 Authorities say the gunman, who appeared to be acting alone, is in custody.
Here’s the latest on what we know:
• Five people are dead, and 13 injured people were transported to hospitals, Broward County Mayor Barbara Sharief told CNN.
• Multiple reports on social media — including tweets from former White House spokesman Ari Fleischer — described the shooting.
• Gene Messina told CNN he’d arrived at the airport as people were being evacuated from the terminal.
“I got off the plane and I saw people running and screaming,” he said. “At first I was in shock but when I saw TSA agents running, I booked.”
• Investigators are looking into the gunman’s motive, Sharief told CNN. Investigators haven’t released his name or detailed the events leading up to the shooting.
• The shooting occurred in the baggage claim area of Terminal 2, officials said.
• Parts of the airport were evacuated. Aerial footage from CNN affiliates showed large groups of people standing outside on the tarmac.
• More than an hour after the shooting, officials had allowed people to return into the airport, but tensions were still running high, a witness told CNN.
“Everyone sprinted outside again. We are back out on the tarmac,” Judah Fernandez said, adding that it was unclear why people had rushed outside.
• Investigators say they’re looking into unconfirmed reports of additional shots fired on airport property. The TSA advised people at the airport to shelter in place.