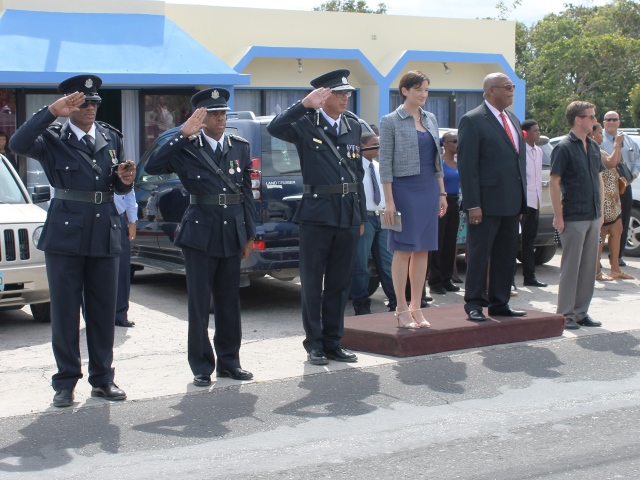 Police challenged to “change your mentality”

The Royal Anguilla Police Force on Sunday, January 22, were challenged to, among other things, “Change your mentality and how you see things.”

These were words from Apostle Edmeade Allen of the Kingdom Vision Apostolic Church in The Farrington where police attended and participated in the Sunday morning worship service as they began the celebration of their 45th Anniversary and Police Week.

The church service, which was attended by the Commissioner of Police and other ranks of the RAPF, was also attended by Governor Christina Scott, Attorney General John Kendrick, Chief Minister Victor Banks, as well as Magistrates Ivenia Benjamin and Keithley Benjamin. Also attending the church service were members of the Voluntary Korps of St. Maarten under the command of Commandant Rogers.

Using the theme, “Building Relationships for Peace and Unity. Community Policing a Joint Responsibility,” Apostle Allen told police that in building the relationship they must know the Who, the Why and the How.

During the service, Commissioner of Police Paul Morrison addressed the audience, the Royal Anguilla Police Force Community Band rendered a selection, while one scripture passage was read by Insp. Sylvia Hodge and the other by WPC Janicia Carty.

Following the service, a salute was given to the Governor, Chief Minister and Commissioner of Police by a March Pass consisting of members of the RAPF Community Band, Police and the Voluntay Korps of St. Maarten. 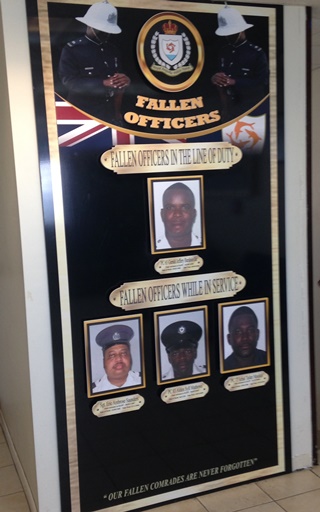 Commissioner of Police Paul Morrison on Monday, January 23, as part of the 45th Anniversary celebrations of the Royal Anguilla Police Force unveiled a remembrance wall dedicated to the men and women of the RAPF, who lost their lives while serving in the RAPF.

“The heart and soul of any organization is the compassion it shows for it staff. The wall we have unveiled today is a fitting tribute to the memories of officers who have died whilst in the service of the RAPF. Our fallen comrades are never going to be forgotten,” said Morrison.

In 2006, the RAPF lost two officers – one tragically and the other to illness. PC 65 Gerald Bardouille died tragically as a result of a vehicular traffic accident when the jeep he was driving collided into the Magistrate’s Court Building, while Sgt. 52 Eric Saunders died after a prolonged illness.

The wall will serve as a constant reminder that they will never be forgotten.