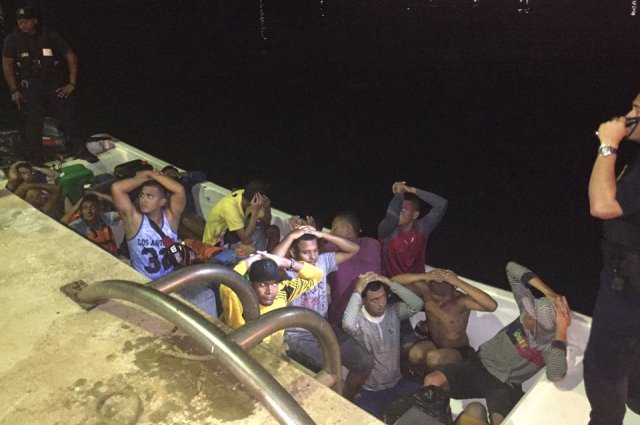 CURAÇAO – The Dutch Caribbean Coastguard in cooperation with the Police Force Curaçao, detained 22 people in the early hours of January 25, trying to enter Curaçao illegally with a vessel. Marijuana was also found on board.

This morning around 2:00am, the Coastguard cutter Jaguar detected a suspicious contact on the radar approximately six miles south of Curaçao. A Super-RHIB patrol was immediately launched from sub-station Curaçao. At about three and half miles south of the Annabay, an unlit vessel type eduardoño was detected full of people.

This vessel was brought up to the Coastguard pier in Parera. Upon further investigation it became clear that there were 22 persons on board, of which were 3 women and 19 men, who were trying to get into Curaçao illegally. They were all of Venezuelan nationality. There was also a quantity of marijuana on board the vessel.

The vessel and the drugs were confiscated. The 22 persons were all handed over to the Police that will further investigate the case with the Coastguard.