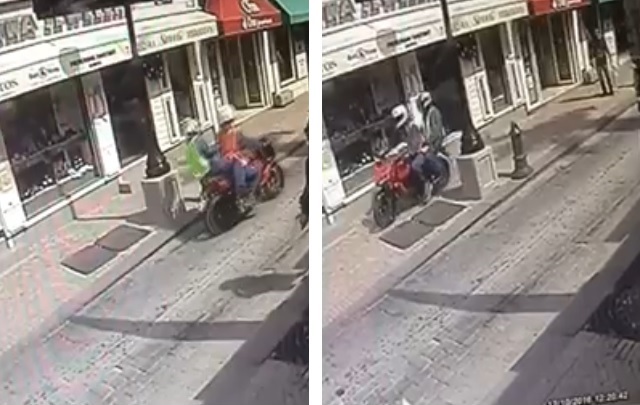 PHILIPSBURG, Sint Maarten — On Saturday, December 10, at approximately 12:25pm, a jewelry store, located on Front Street in Philipsburg, was robbed. An armed man ran into the establishment and grabbed several gold chains from behind the display case, and fled the scene as quickly as he had entered it.

No one was hurt during this robbery. Police and detective patrols quickly searched the surrounding area to no avail. Members of the Forensic Team were also called in to conduct their investigation. 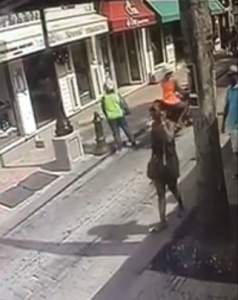 PHILIPSBURG – On Saturday, December 10, right after 12:00pm, two men on a motorbike, dressed like construction workers with a light green and orange reflector vests, robbed Ballerina Jewelry on Front Street.

One man jumped off the bike and ran into the jewelry store, took some gold, and ran back out. In the meantime, the driver made a U-turn by Omni Jewelers, and picked up the one that went in the store.

They then drove down the Courthouse alley on to Back Street. This all happened in less than 45 seconds.

721news wants to thank those who remembered to notify us, and supplied us with picture and video. Some of you who work on Front Street don’t remember to notify our newsroom when a news breaks. It’s sad because we are on the newsfeed (WhatsApp and Blackberry) to GIVE and RECEIVE news!