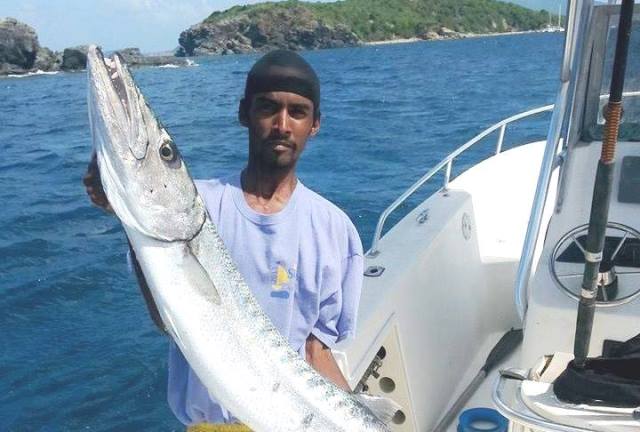 ROAD TOWN, Tortola, VI- The family of missing fisherman Carlos Titley has expressed deep appreciation to those who were involved in the search for Titley as well as the Virgin Islands community for the outpouring of support received.

Titley, a well-known Virgin Islander, did not return home following a fishing quest on November 11, 2016. He was declared officially missing at sea when the Dutch Coast Guards discovered his boat with the engine still running off St Croix but the man was nowhere in sight.

The comprehensive massive search for Titley ended on Tuesday November 15, 2016, according to Coordinator of Virgin Islands Search and Rescue (VISAR) J. Phil Aspinal.

“The family of Carlos Titley expresses our sincere gratitude to the Virgin Islands community for your prayers, well-wishes and assistance following Carlos’ disappearance on 11th November 2016. We are especially grateful for those who were involved in the extensive search, including the US Coast Guard, the Dutch Coast Guard out of Curacao, VISAR, RVIPF Marine Division, HM Customs, DPNR, fishermen, boaters, pilots, friends and family. We are moved by the tremendous outpouring of support,” a statement from the family’s spokesperson Marva Titley-Smith read.

The family said it was heartened by the prayers, phone calls, messages and visits, adding that Carlos’ Facebook page has been filled with expressions of love, heartfelt disbelief and hope, which served to remind the family how well-loved he is.

“While words are not enough, we hope that this small expression of gratitude will convey our heartfelt appreciation to all of you. We remain ever trusting and grateful to God for his tender mercies.”