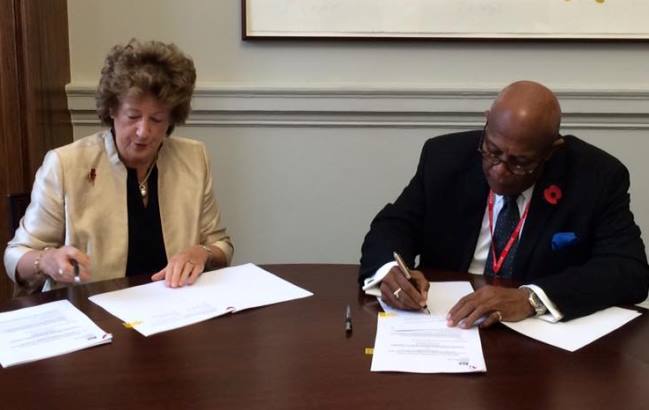 The Memoranda of Understanding set out the arrangements under which the UK will provide funds to support the building of a new import jetty at Road Bay (Sandy Ground). They also cover funding for an infrastructure adviser to assist the Ministry of Infrastructure (MICUAFIT) deliver the jetty and to develop further plans for infrastructure.

The MoUs, the result of close collaboration between officials and AASPA and supported by Executive Council, were signed as part of the Chief Minister’s bilateral with Baroness Anelay.

In their meeting, the Ministers, joined by the Governor, Minister Cora Richardson-Hodge, Dr Aidan Harrigan and FCO officials, discussed a wide range of issues of importance to Anguilla, focused largely on supporting economic development.