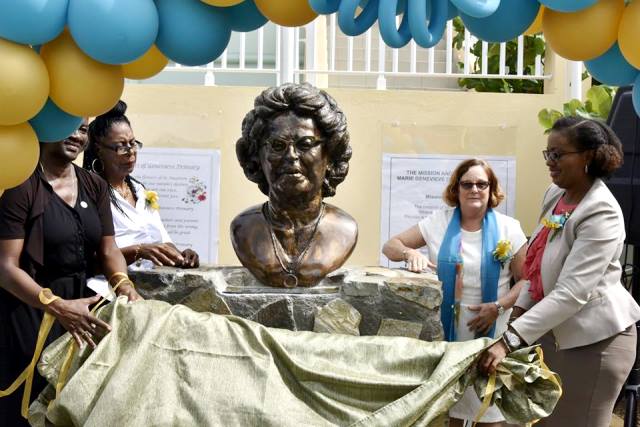 SUCKER GARDEN – On Thursday, November 3, Minister of Education Silveria Jacobs attended the unveiling of the bust of the late Teacher Marie Genevieve de Weever, also affectionately known as “Teacher Jenny,” at the school bearing her name.

At the heartwarming and emotional ceremony, Jacobs congratulated all who had the vision to get the school (formerly known as Sucker Garden Primary School) going and worked or are working at it despite the challenges faced. 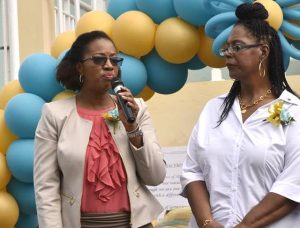 Many former teachers and staff were invited to the ceremony. First Principal/School Manager Doncker-Rogers stated, “Looking around today, I can say it was worth it.”

“The historical recollections are an inspiration to all involved in education as well as those we aim to serve – the children. Thanks to current Adjunct Manager Mrs. Sandra Mathew, as well as Mrs. Doncker-Rogers for the trip down memory lane,” Minister Jacobs said.

“Teacher Jenny’s” son Neville de Weever and his wife were in attendance to receive a token of remembrance. Former School managers Doncker-Rogers and Rita Bourne-Gumbs, and former Adjunct Manager Ana Moeslikan (represented by Ichel Moeslikan) were also honored with a plaque as well as Department of Public Education Head Glenderlin Davis-Holiday.

The bust was unveiled by Minister Jacobs and the school’s management. Photos by sxmislandtime Facebook page 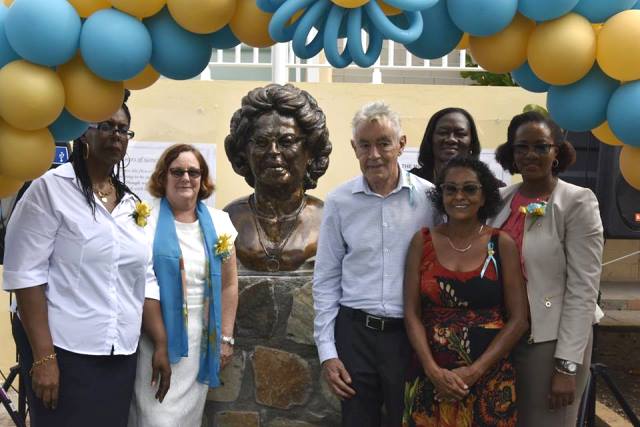