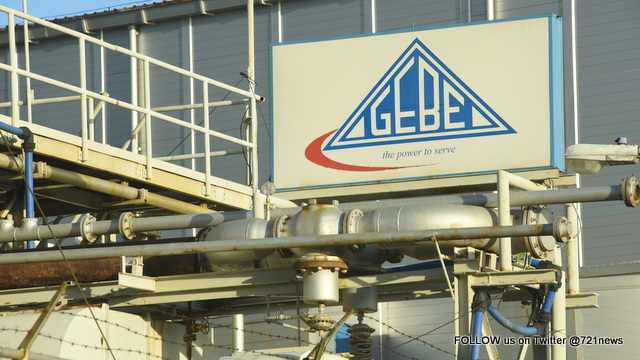 PHILIPSBURG – Statements from GEBE’S top superior to the effect that clients should wait until problems are resolved, as opposed to contacting the company for details, have been classed as disrespectful and unprofessional by leader of the One St. Maarten People Party (OSPP) Lenny Priest.

An article in the Thursday, July 14, issue of The Daily Herald quoted Chairman of the supervisory board of GEBE Roy Marlin as saying, “There is no need for GEBE to come out and say, we’re having problems because the people see it and feel it,” in response to a question regarding why the company does not inform the public of what the situation is as it occurs. According to that same article, Marlin also declined to comment as to why the companies two top management positions, that of CFO and CEO are still vacant.

“It is extremely disrespectful to the people of the island to be told by the chairman of the board of GEBE that we should basically just wait, and I suppose hope that the issues are resolved and not be informed by the company of the reasons for these outages nor of how long they will last. This type of attitude is only acceptable if it is your personal company which NV GEBE is not. Making mention about The Daily Herald is also a ludicrous statement as that company is privately owned, and for sure out of common courtesy they would have informed the general public. What kind of customer service is this? He is basically telling us to put up and shut up and that’s just unprofessional and would be laughable if the situation was not so unbearable. It boggles the mind that a company the size of GEBE, and with the years of operations this company has under its belt would feel no need to inform its customers of outages that affect day to day operations on the personal and business level,” Priest stated.

He added that in this day of high speed internet and social media posts, it is unforgiveable that any company would not make every attempt to inform its clients of situations that adversely affect these clients.

“Keeping your clientele updated is just good business sense and is not reinventing the wheel. In the past GEBE provided this information and to my recollection even had an in-house public relations officer, so what has happened? Did the company close that department to shave off a few dollars because they believe its wasted money to keep the public updated on the operations of a company owned by the government and by extension the people of St. Maarten? Or was a muzzle put in place to curtail the flow of information and if that’s the case I think we the clientele of GEBE need to know why,” he continued.

Priest reiterated that these types of issues occur at GEBE because it is a rudderless ship and once again urged government to put the people of the island first and remedy this situation forthwith.

The OSPP leader, however, commends the company for its willingness to compensate clients for equipment damaged as a result of the numerous outages.