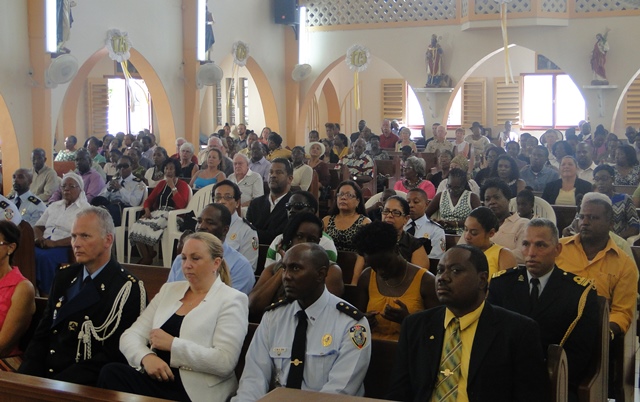 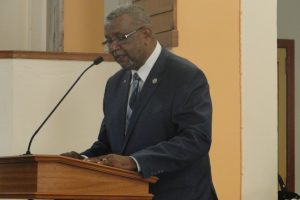 PHILIPSBURG, Sint Maarten — The Ministry of Justice of St. Maarten headed by Minister of Justice Edson Kirindongo, on Sunday, July 17, commemorated and celebrated International Justice Day with a well-attended church service held at the Roman Catholic Church on Front Street.

The service was well attended by different department heads, such as the Royal Marechaussee, Customs, Coast, Police Department and other colleagues within the Justice Ministry, their families, friends and many members of the community.

During his speech, Minister Kirindongo stated: “I want sincerely thank you for attending this church service this morning, as today we celebrate International Justice Day. International Justice Day commemorates and marks the importance of continuing the fight against impunity, and bringing justice for the victims of crime in general, around the world. Those who commit crimes on a large or systematic scale should be held accountable.”

“It is without any doubt that since 10-10-10, the Ministry of Justice of St. Maarten has made and is still making great effort to strengthen and improve the functional cooperation in justice-related matters with our counterparts on French Saint Martin, the Netherlands, Curaçao, Aruba, BES islands and other island countries in the region, as an overall strategy to not only efficiently serve the people of St. Maarten, but to also become a dependable partner within the Eastern Caribbean region and Dutch Kingdom,” he continued.

“I want to sincerely congratulate all Justice Ministries mainly in this region and around the world, in particular the colleagues working in the Ministry of Justice on St. Maarten and their families on this very memorable day as I look forward for your continued support in the fight against crime. I thank you,” Minister Kirindongo concluded.