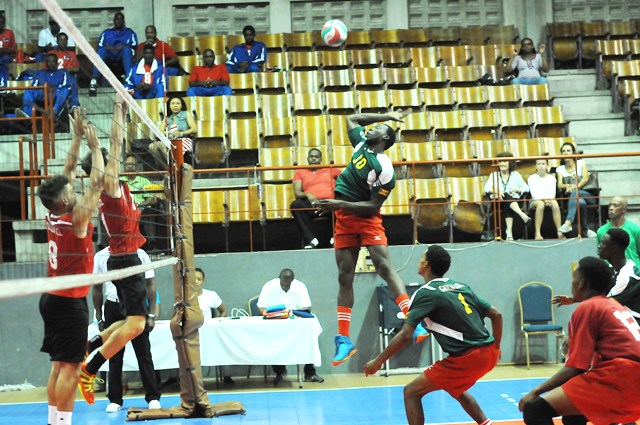 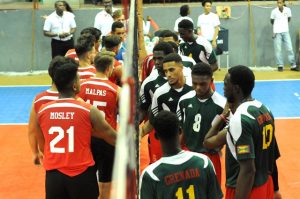 ANTIGUA — Grenada suffering from the pangs of defeat earlier today, vented their frustrations on team Bermuda, by winning the match with a score of 25, 23; 25, 19; 24, 26; 25, 15.  Captain Nikel John (4) was Grenada’s emotional leader who ignited the team’s offense and defense.

Tall Kevon Noel (10) punctuated Grenada’s ascendance by several crucial service points and monster slams.  Antonio John and Dwayne Walcott (11) also aided the team with punishing hits and accurate passes.   Though Grenada made mental lapses which resulted in the lost of set three, they were able to refocus and win the game. 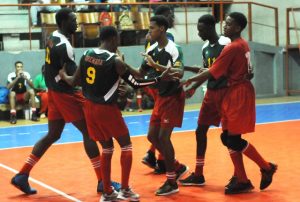 Bermuda showed lots of defiance as they fought tooth and nail for every point earned.  Team Captain Jacques Devertevil (11) was the most potent hitter from the squad as he scored twelve (12) points.  Team mate Brandon Sousa (6 points) gave a good account of himself as he scored many valuable points.

Grenada’s team Captain and coach both indicated the team improved in comparison to their first match.  However neither was satisfied as they felt the team could do better.  Coach Braithwaite the back court game can improve as a place in the semi finals is at stake. 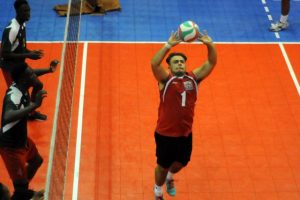 Jacques Devertevil Bermuda’s Captain and Coach Amaro realized the team got off to a better start and reduced the errors they made.  Some of the improved areas included the middle hitting.  However, being tired from a previous game and lack of tournament experience.  However they expect to improve with each game. Pictures by Ernesto Beltre 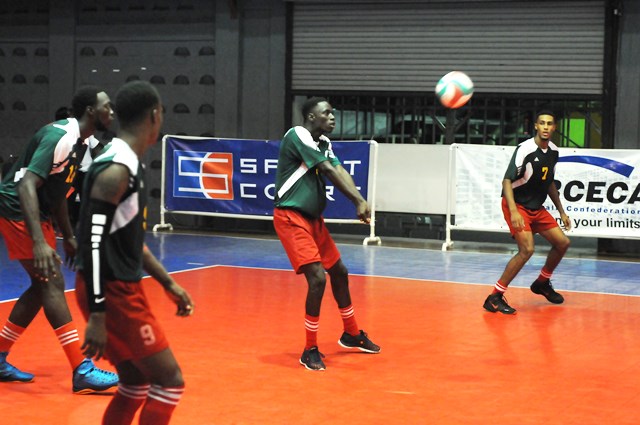 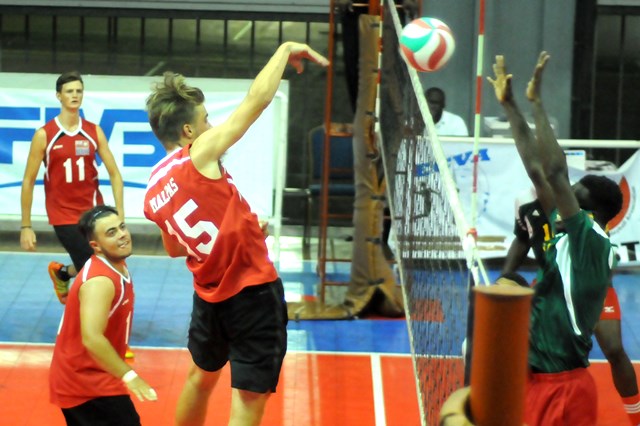 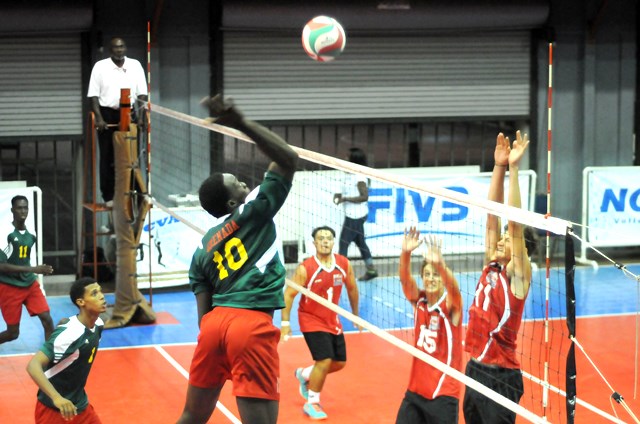