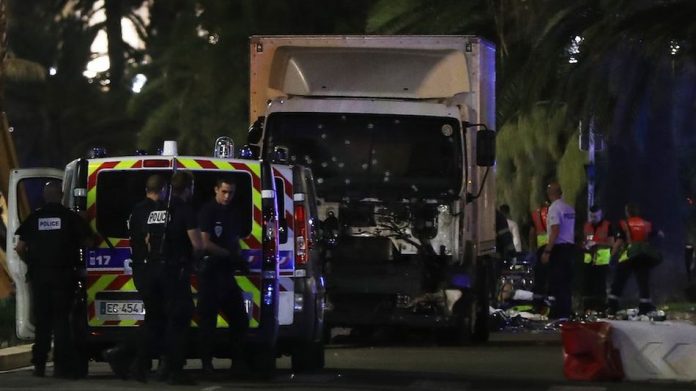 The Bastille Day celebration in Nice, France was shattered late Thursday evening when a truck plowed into a crowd, killing multiple people and injuring scores of others.

The deputy mayor of Nice, Christian Estrosi, initially sent a tweet saying it’s possible “tens” of people were dead but that figure quickly grew. Later, French President Francois Hollande announced that at least 77 people had been killed, including seven children.

Hollande labeled it a “terrorist attack” and said that France would “continue to strike those who are attacking us on our own soil.”

“France is deeply afflicted by this new tragedy, France is horrified by what has just occurred,” he said late Thursday during a press conference. “This monstrous act of using a truck to deliberately kill dozens of people who were simply celebrating the 14th of July. France is afflicted but France is strong, and France will always be stronger than the fanatics that want to strike France today.”

Videos and images shared on social media reveal a chaotic scene with other celebrants rushing away from the scene and seeking shelter in nearby restaurants.

Images and video showed the bodies of the dead strewn across the street, many bleeding profusely. Those people still alive but badly injured can be seen being attended to by other people in the crowd.

Wassim Bouhlel, a Nice native who spoke to the AP nearby, said that he saw a truck drive into the crowd. “There was carnage on the road,” Bouhlel said. “Bodies everywhere.” 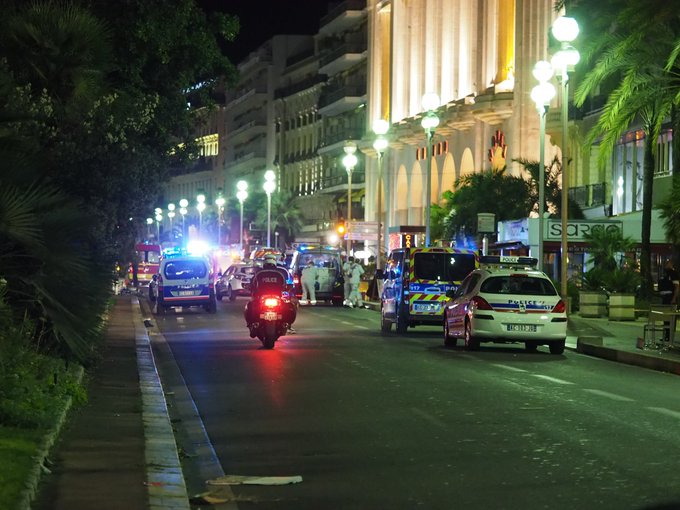 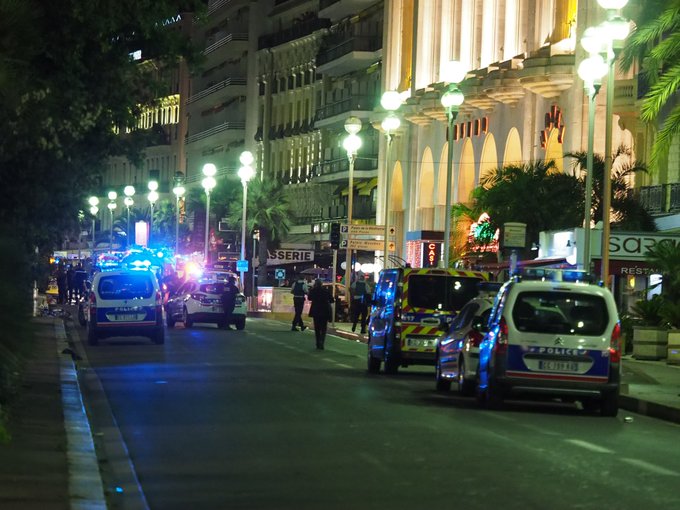 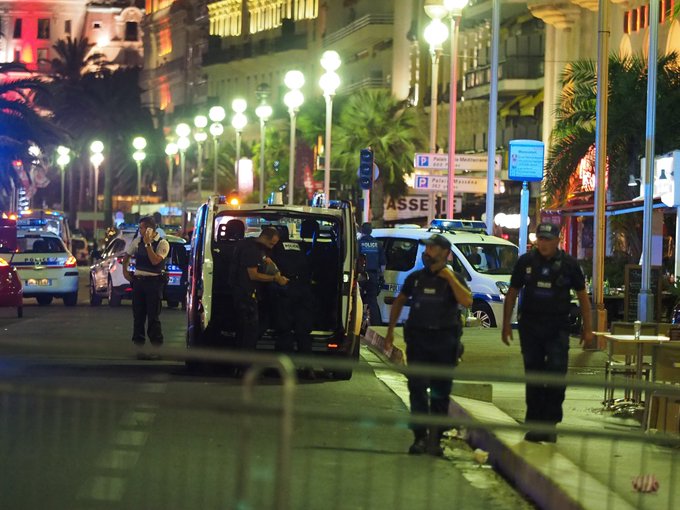 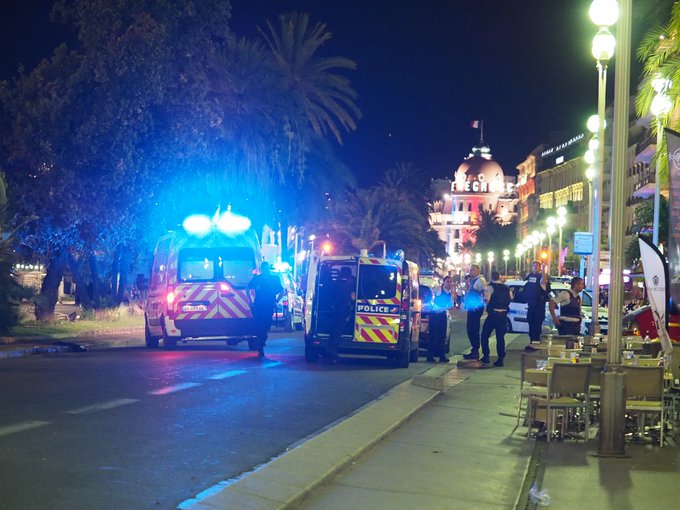 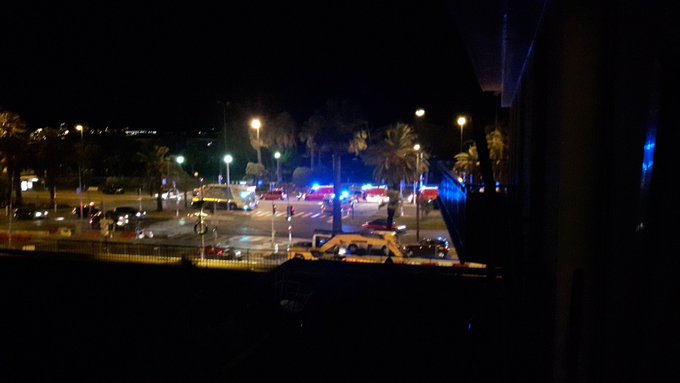 A German network shared footage purporting to show the truck as it approached the crowd. The truck moves slowly as the video begins but picks up speed as it moves toward the crowd.

The truck in the video matches that of the truck in images shared by a French media. 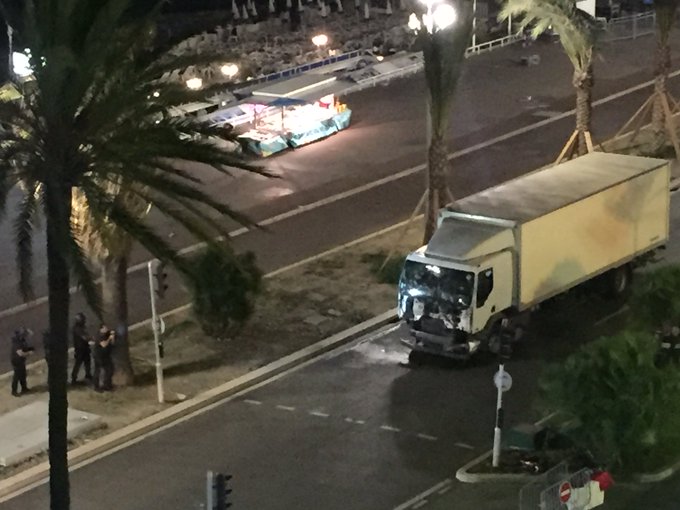 French media reports indicate gunfire was exchanged between police and the truck driver. The driver was subsequently “neutralized” according to the Interior Ministry.

The truck was loaded with arms and grenades, Estrosi said, according to the AP. 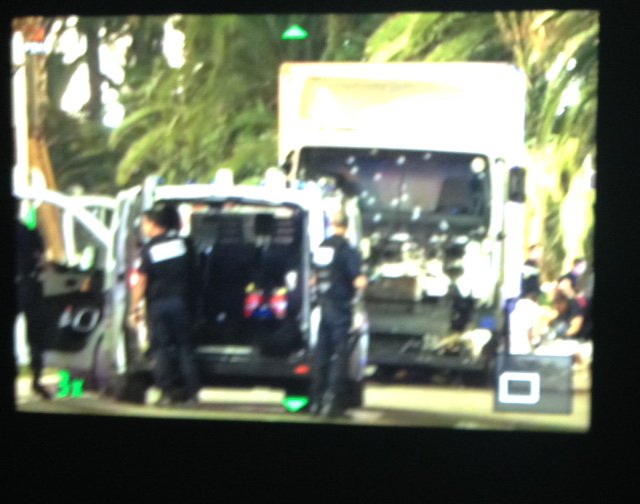 The tragedy occurred just hours after France announced that on July 26 the nation would lift the state of emergency that’s been in place since the deadly November 2015 terror attacks in Paris.

The Paris prosecutor’s office has opened a terrorism investigation over the incident.

President Obama issued a statement later Thursday, saying he condemned the attack and offering thoughts and prayers to the families and loved ones of those killed.

“On this Bastille Day,” he wrote, “we are reminded of the extraordinary resilience and democratic values that have made France an inspiration to the entire world, and we know that the character of the French Republic will endure long adter this devastating and tragic loss of life.” 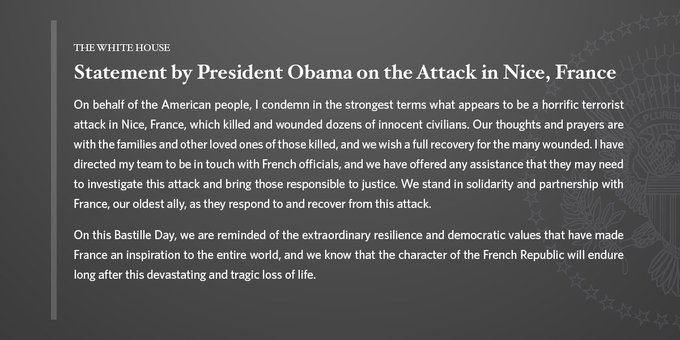