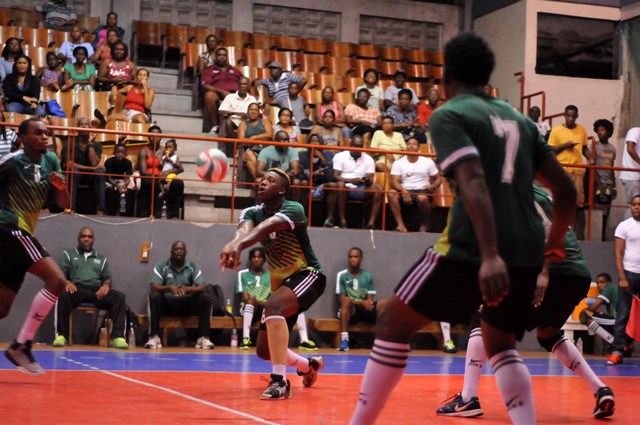 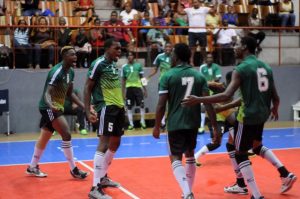 ANTIGUA — Following the hard hitting encounter, Dominica emerged victorious over Grenada with a score of 25, 17; 18, 25; 25, 20; 25, 18.  With both teams even at the second set, Dominica became very focused as their hits became sharper and their defense better. They seemed very desirous of wanting to win the match. Team Captain Yohan Florent and team mate Shervan Roberts led Dominica in scoring. 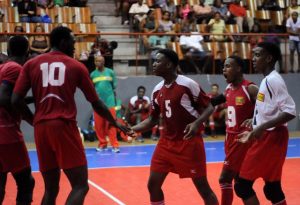 Grenada seemed just to be a few points away but never quite able to close the game.  Captain Nikel John served as the true team leader, playing a major role in blocking and hitting.  He was well assisted by Dwayne Walcott and Noel Kevon who scored some twelve (12) points.  As the fifth set rolled on, one could see a change in demeanor of the players.  This change served as the catalyst that unhinged the team. 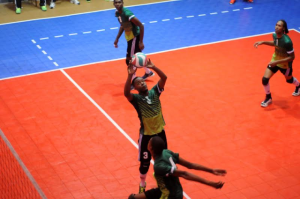 Dominica’s Captain Yohan Florent and Coach Albert Leblack applauded the efforts of their opposition but stressed their team has to become more focused in their game tomorrow.  The coach further lamented a new game plan must be developed to counter the many jumpers from Antigua.  Captain Florent stressed the team has played good but has not played great as yet. 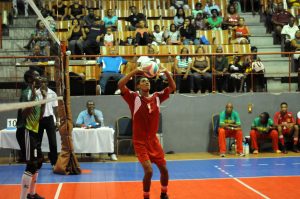 Grenadian Captain Nikel John and Coach Raphael Braithwaite congratulated team Dominica on their victory.   A distraught Grenadian Captain was uncertain as to what happened on the court.  He indicated serving is an area that needs to be addressed on the team.  Team Coach Rapheal Braithwaite further dissected the team’s performance and concluded the team was over confident after the second set and too many ill advised decisions were made on the court.  He further stated the team has all the tools needed to win this tournament and understands their loss. Pictures by Ernesto Beltre. 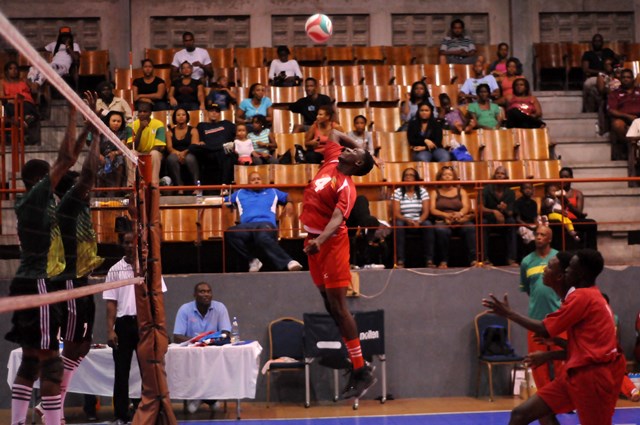 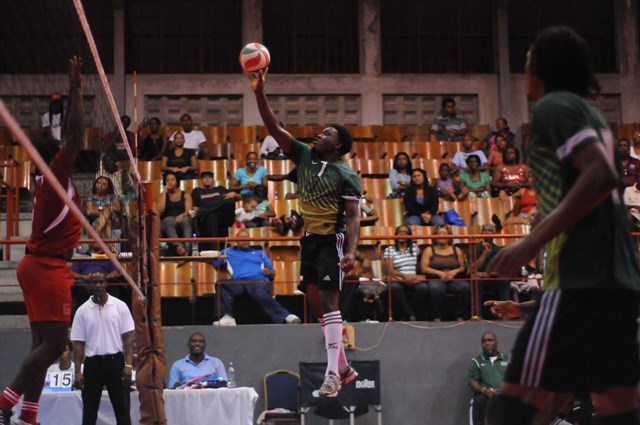 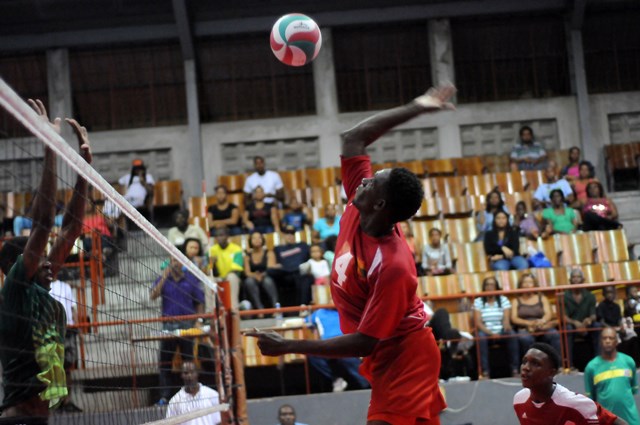