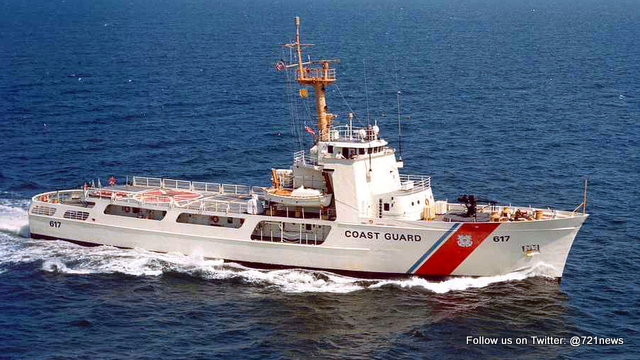 While the British Virgin Islands (BVI) authorities remain mum about four illegal immigrants who were rescued at sea a few days ago, the US Coast Guard has issued a media release to shed light on the rescue of the four, as well as the continued search for a number of other missing people.

It noted that the four migrants rescued were in fact turned over to the BVI authorities.

“Two Saint Maarten and two Cuban migrants who were traveling aboard the capsized vessel were rescued by a Good Samaritan vessel Monday in waters south of Virgin Gorda, British Virgin Islands, and transported to Virgin Gorda where they were transferred to island authorities,” said Ricardo Castrodad, public affairs specialist at the US Coast Guard.

He further stated that BVI authorities and relatives of the migrants, on Wednesday morning, reported to Coast Guard watchstanders in Puerto Rico, that one of the survivors said the migrant vessel departed Saint Marteen Saturday night on a trip to St Thomas, US Virgin Islands.

“The vessel was carrying 15 Cubans, one Colombian, a Dominican Republic national and two persons from Saint Marteen when it capsized some time between Saturday night and early Monday after the vessel started taking on water,” Castrodad explained.

In the meantime, the US Coast Guard said its rescue crews were actively searching waters between the British Virgin Islands and the Saint Marteen up to Thursday for possible survivors of a capsized migrant vessel.

“So far, there have been no signs of survivors. Watchstanders in Sector San Juan are investigating reports of four life jackets that were recovered Thursday by two vessels in waters south of St John, US Virgin Islands,” said Castrodad, who added that the Dutch Caribbean Coast Guard is also assisting search efforts with a dash-8 maritime patrol aircraft.

This story has been updated to reflect information from the US Coast Guard.