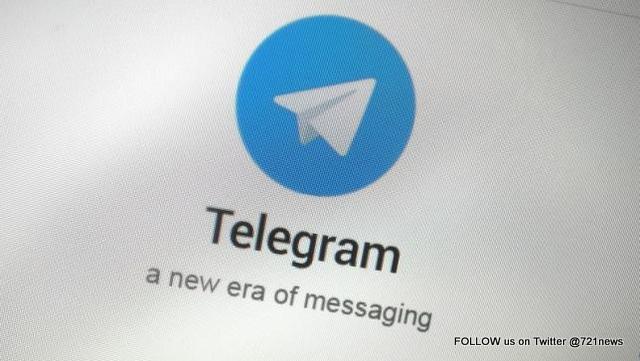 Mobile messaging service Telegram is racing to shut down broadcast channels used by Islamic State to promote its causes and recruit members, but the group is creating new channels apparently just as quickly.

Berlin-based Telegram, created two years ago by the founder of Russia’s most popular social network site Vkontakte, has caught on in many corners of the globe as an ultra-secure way to quickly upload and share videos, texts and voice messages.

Two months ago, a new public broadcast feature of Telegram became the preferred method for Islamic State to broadcast news and share videos of military victories or sermons, according to security researchers.

The group used Telegram to claim responsibility for the Paris attacks, which left 129 people dead, and the bombing of a Russian airliner over Egypt last month, which killed 224.

In a statement published on its site on Wednesday, Telegram said it has been able to identify and block 78 IS-related broadcast channels in 12 languages on its site.

“We were disturbed to learn that Telegram’s public channels were being used by ISIS to spread their propaganda,” it said.

The company’s statement appeared an hour after Reuters published a piece detailing Islamic State’s use of Telegram.

Some of the IS sites blocked by Telegram quickly re-emerged in new locations on its network. Some were quickly shut down, while other relocated channels remained running.

Some of the dozens of channels set up drew as many as 16,000 followers, said Rita Katz, director of Bethesda, Maryland-based extremist monitoring service SITE Intelligence Group. Some of those channels can no longer be reached, and a message was displayed saying they were no longer available.

Unlike Twitter, which has closed thousands of accounts tied to Islamic State for violating company rules, until Wednesday Telegram had appeared to let the jihadists operate without fear of being turned off or traced, Katz said.

Telegram, which did not respond to requests for comment, explicitly says on its site that it makes efforts to block Islamic State.

The company statement stressed that shutting IS channels on the site was not taken to restrict free speech, which its ultra-secure messaging site is designed to encourage.

“While we do block terrorist bots and channels, we will not block anybody who peacefully expresses alternative opinions,” Telegram said.

But IS supporters continue to take advantage of private members-only channels on Telegram to spread word of the new public propaganda channels.

One newly set-up channel in English called Trendit, has nearly 500 followers so far, while other jihadi channels aimed at Islamic State supporters in Indonesia remained up, analysts said.

“The problem with blocking Telegram groups, like suspending Twitter or Facebook accounts, is that it becomes a game for IS supporters to see how fast they can get up another account,” said researcher Sidney Jones, who runs think-tank in Jakarta called the Institute for Policy Analysis of Conflict.

It is often as simple as changing a letter or adding a number, then “shouting out” the new name to other followers online, she said.

Telegram was set up by the two brothers who founded VKontakte.

Pavel Durov, 31, the frontman, and his brother Nicolay, 34, the technical talent, were inspired by former National Security Agency contractor Edward Snowden’s battle against widespread Internet surveillance and their own run-ins with Russian authorities.