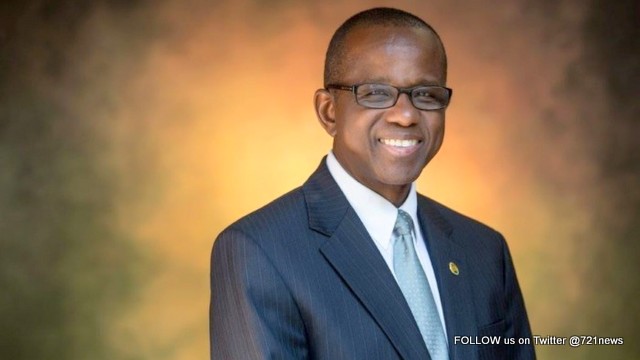 Mr. Riley argues that an Open Skies policy would allow regional carriers to take unlimited flights to all Caribbean Community (CARICOM) member states and encourage the growth of competition among carriers, while elimination of secondary screening would encourage greater demand for intra-regional travel.

He has also called for improved interline arrangements for a “vastly enhanced” baggage transfer and improved passenger experience.

In an address at the recent airline route development forum, World Routes 2015 in Durban, South Africa, Mr. Riley also made a plea for collaboration in a number of areas, including intelligence sharing with the use of the Advance Passenger Information System (APIS), and security processing.

“Cooperation in these areas will encourage and facilitate greater investment by airlines into and across the Caribbean region. Better connectivity means greater economic benefits,” the secretary general said.

Citing the post-September 11 television campaign in the United States, Life Needs the Caribbean, and the 2007 Cricket World Cup as examples, Mr. Riley said the Caribbean has shown its ability to put effective regional strategies in place and can do the same to grow travel into and throughout the region.

“This type of cooperation and collaboration needs to be the standard practice in serving the region’s various tourism needs,” he said.

The secretary general added that it was important to finalise and implement the amended Multilateral Air Services Agreement; facilitate unlimited third, fourth, and fifth freedom of traffic rights for scheduled passenger services from and between international airports and sub-regions within CARICOM and establish a CARICOM Single Domestic Air Space to help generate additional international traveller demand which, in turn, will encourage airlines to establish routes to the region.

The World Route Development Forum attracts senior representatives from airlines, airports and tourism authorities who meet to plan and discuss new and existing global air services. It is organised by the aviation route development company, Routes.

CTO member countries Antigua and Barbuda, the Bahamas, Puerto Rico and the Turks and Caicos Islands attended this year’s event, with CTO supporting its members that were there as well as those that were not.

Mr. Riley’s attendance at the event was aimed at elevating the Caribbean brand; exploring opportunities for the Caribbean; presenting the prospects for expansion and improvement of connectivity within the Caribbean; and discussing challenges facing regional and global aviation and offering solutions. He also highlighted the work of the CTO Aviation Task Force as a facilitator within the Caribbean and beyond.

“I was pleased with the extremely high quality of the interactions we made in Durban and the level of interest there is in the Caribbean: interest in exploring the tourism potential between the Caribbean and Africa, as well as expanding into other non-traditional markets. I fully expect that contacts we made here will redound to the benefit of Caribbean tourism in general and CTO’s member-countries in particular,” the secretary general said.