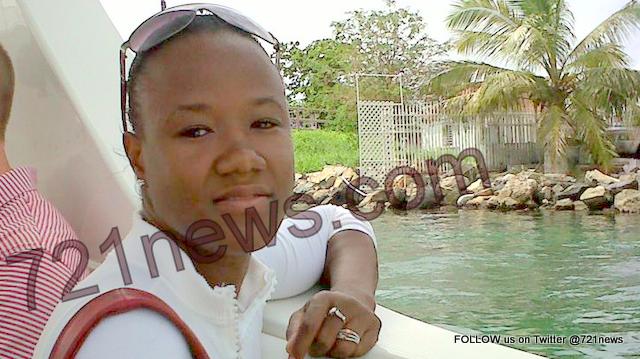 SUCKERGARDEN, Sint Maarten — Jannie York has been arrested on Wednesday, September 16, for having played a role in the death of her father, Eddie York on December 31 2014.

According to confirmed reports from reliable source, police arrested the daughter of the late Eddie York when she was walking across the police station in Philipsburg. Eddie York was found in his Bedroom in Upper Princess Quarter around 2:00am.

According to the police report at the time by Police Spokesman Ricardo Henson, “In the early hours of Wednesday December 31st around 2 a.m. a witness reported that a 72-year old man was found wounded in the bedroom of his house in Upper Princess Quarter.

Several police officers and paramedics immediately rushed to the scene and started CPR with the victim. Around 4:00 a.m the man was pronounced dead by the medical doctor. Employees of the Forensic Department were called to the scene to collect evidence, and detectives started talking to the witnesses that were present in the house at the time.

The investigation went cold for the first few months however evidence surfaced that the daughter of the victim Jannie York convinced her *Nephew* to murder her father for money and was the mastermind behind the sudden death of Eddie York. The police will hold the suspect in custody while the investigation continues.

721 news understands that more arrests in this case will follow soon.