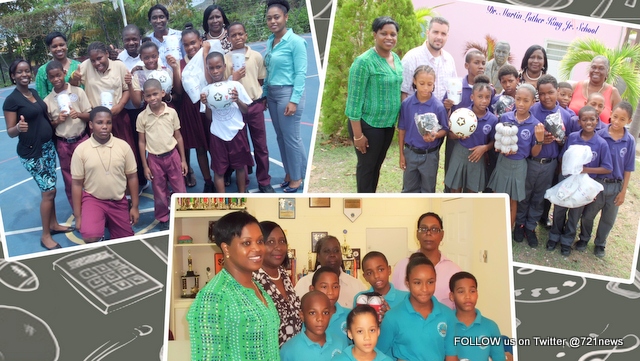 PHILIPSBURG – Independent Member of Parliament (MP) Leona Marlin-Romeo on Thursday said that three public schools namely the Genieve De Weever School, Martin Luther King School, and Charles Leopold Bell School, were asked what they were in need of for their sports activities.

The schools indicated that sports materials such as baseballs, and bats, soccer balls, and shin guards were a necessity and these were donated by Independent Member of Parliament Leona Marlin-Romeo on Thursday, September 10th 2015.

This is a mere fraction of the bigger picture on the adopting a school program where, certain needs of schools are met through donations from the private sector.

This is part of promoting social and community responsibility and is part of the MP’s give back to the community program. Three other public schools will also be receiving sports material from the Member of Parliament.