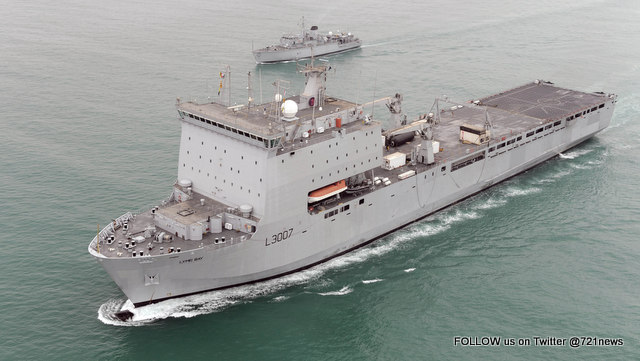 The British ship is carrying a range of disaster relief stores including bedding, shelter, torches and stretchers, as well as a Lynx Mk 8 helicopter and considerable supplies of fresh water.

Tropical Storm Erika hit Dominica on 27 August 2015, resulting in severe flooding, landslides and wide spread infrastructure damage across the island. RFA Lyme Bay is stationed in the Caribbean and as part of its primary tasking acts as a first responder in the event of a disaster in the region.

It is clear that Dominica has borne the brunt of this storm, with a number of deaths already confirmed and hundreds of people made homeless. Roads, bridges and health clinics have been affected and large parts of the island are without water and electricity.

Part of RFA Lyme Bay’s tasking is to respond to just this sort of emergency and the ship is already en route to assist with relief efforts. As well as essential supplies and helicopter support, the ship can also provide vital expertise to help clean-up operations and recovery efforts.