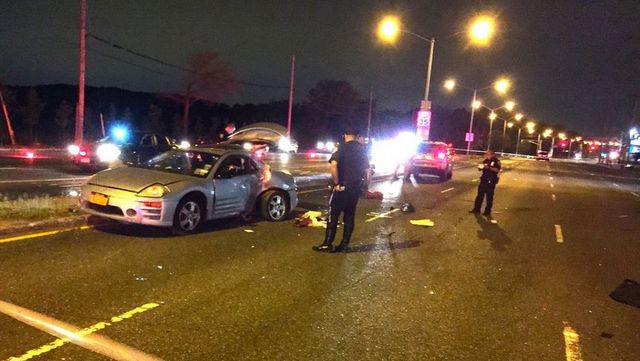 Her uncle Calypsonian Andrew Baker Junior wrote on Facebook to his friends to pray for his niece who got in a terrible accident in Staten Island.

Attention Facebook fan and Friend I’m once again pleading for prayers for my Niece Porsha Richardson who was in a extreme terrible condition with her best friend Alize who lost her life with the impact after flying through the window as my niece is in critical condition fighting for her life. Father dear Lord its me again coming to you via Face Book and many ways I can get your attention as you took my wife home on December 10th 2014 I ask you to please spear my niece life as she has not complete her task on earth as yet or get the opportunity to do so I ask you to heal her and normalize into stable condition in Jesus name Amen!

STATEN ISLAND, N.Y. – A 19-year-old woman is dead and two others are injured after, witnesses say, a car slammed into a pole on Richmond Avenue, launching one female passenger out of the vehicle and sending a second into its trunk. 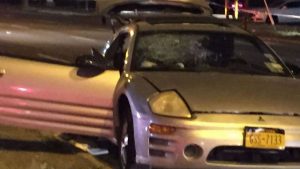 The crash happened just before 11 p.m. Sunday at the intersection of Richmond Avenue and Richmond Hill Road in New Springville.

An FDNY spokesman confirmed that two people were hospitalized in critical condition.

One of the hospitalized victims, a 19-year-old female, was pronounced dead shortly after 11:30 p.m., a police spokesman said.

According to witnesses, the car, a silver sedan, was barreling northbound on Richmond Avenue when it blew by a car on its right, then lost control as it tried to avoid another vehicle making a left onto Richmond Hill Road from the opposite direction. 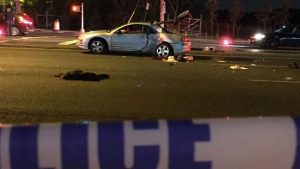 “The one girl got ejected. The other girl ended up in the trunk…I’m pretty sure she broke her neck, I don’t know exactly,” he said.

A man was driving the sedan, Elnahrawy said.

“He was going really fast, man. You know a car is going fast when you hear the zoom,” he said.

Omar Rahman, also of New Springville, said he was driving home, on the southbound side of Richmond Avenue, when the crash happened.

“I’m on the other side, and the glass is flying on all the cars,” Rahman said.

“The sound that it made was…horrible,” he said, describing the loud “boom” caused by the impact. “I was in the first car, so if he had missed that pole, he was coming right into us.”

As for the woman in the trunk, he said, “They were doing chest compressions on her.”

A minivan was following the sedan, Rahman said. “And the girls came running out, their friends. And I’m yelling at them, ‘Talk to her, talk to her, keep the other one awake!’

Police blocked off the northbound lanes of Richmond Avenue, and used road flares to limit southbound traffic to a single lane as they investigated late Sunday night and early Monday morning.

“I’ve seen a lot of crashes and I’ve never seen anything like this,” Elnahrawy said. “When you see the body flying out the car, then it hits you. Nobody cares about no traffic laws — everyone pulls up and everyone’s trying to help.”