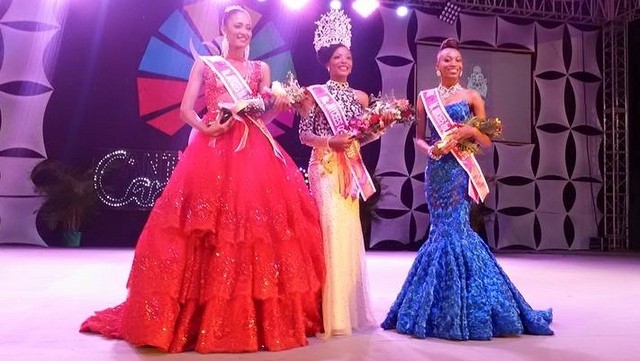 ST. JOHN’S, Antigua – The hard work paid off for Team Montserrat when Miss Sharissa Ryan was crowned the 2015 Jaycees Queen at Carnival City on Sunday, July 26, 2015.

Observer Radio commentators said consistency was key to Sharissa Ryan coming out ahead of 10 other contestants to win the crown. Ryan won the best talent segment with an outstanding performance on violin. It garnered her an ovation from the majority of the audience.

This is the first win for Montserrat in the 54 years of the pageant, which is held as part of the annual Antigua & Barbuda Carnival.